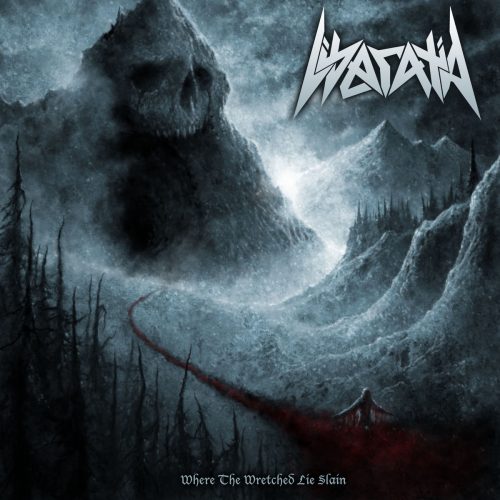 One thing leads to another, even when you don’t see the progression of cause and effect, sometimes with disastrous results, sometimes with happy ones. This is a tale of the latter kind.

In December of last year I happened upon a video I couldn’t turn away from despite its adverse effects on my appetite, in part because I wanted to see where it was going and in part because the song — “The Flayed Man” — was such a death/thrashing powerhouse. That was my introduction to the band Liberatia from Vancouver Island, but it wasn’t my last encounter with them.

In May of this year I latched onto another Liberatia video, quite different from the first one, for a song called “Adaptive Biology“, and wrote about that one too.

And then we were invited to premiere the entire EP that includes those two songs as well as two others — an invitation we greedily accepted. And so now we present the entirety of Where the Wretched Lie Slain in advance of its release on July 17th. But first, a bit of background for newcomers… END_OF_DOCUMENT_TOKEN_TO_BE_REPLACED

“Check this steamroller. Nasum-like grind with choppy tech riffs to break things up. Complete barbarian war vocals. From Tunisia. What the hell, Omination, Ayyur, and now this….” END_OF_DOCUMENT_TOKEN_TO_BE_REPLACED

Sylosis are returning with their first new album in five years. Entitled Cycle of Suffering, it will be released by Nuclear Blast on February 7th, and includes the work of new bassist Conor Marshall. The first advance track, revealed through the first video in today’s collection, is “I Sever“. END_OF_DOCUMENT_TOKEN_TO_BE_REPLACED