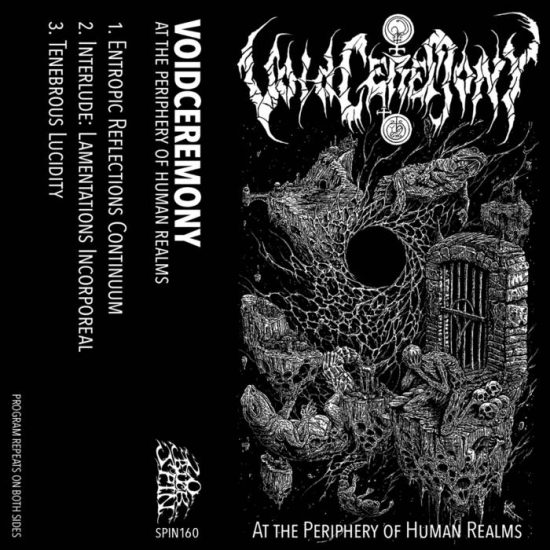 (Here’s Alex Atkinson‘s review of a new EP by California-based VoidCeremony that was recently fired into the void by 20 Buck Spin.)

California’s tech-death monstrosity VoidCeremony have given us a quaint dose of things to come with their three-track cassette release At the Periphery of Human Realms.  I usually steer away from tech-death, but something about these four members’ ability to navigate a song like a rabid Cujo always pulls me in.  Their all-star crew, pulling from such heavyweights as Incantation, Stargazer, and Atramentus to name a few, should be enough to get even the most annoying dingleberry a-twinkling.

For anyone who lives under a rock and has not heard VoidCeremony’s debut LP Entropic Reflections Continuum:  Dimensional Unravel, check out NCS’s review back in July of 2020 and listen to it as soon as possible.  It is like falling into a waking manic nightmare. END_OF_DOCUMENT_TOKEN_TO_BE_REPLACED 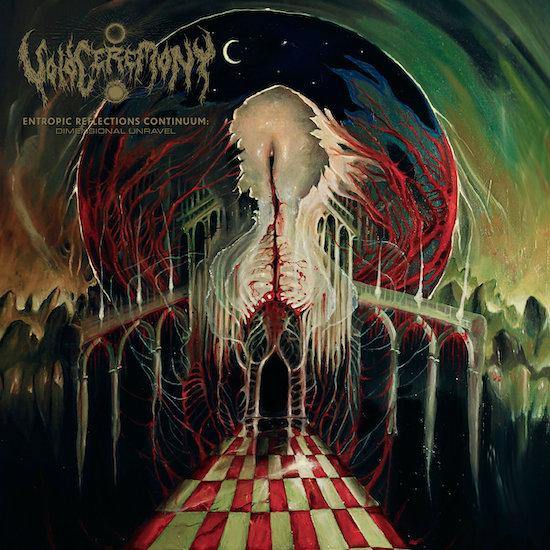 (This is Todd Manning‘s review of the first full-length album by California’s VoidCeremony, which was released by 20 Buck Spin on June 26th.)

While some Death Metal bands try to streamline their sound to have hooks and conventional song structures, others seek to create obscure and challenging material that summons images of alien horrors and oddball geometries of terror. VoidCeremony certainly fall into the latter camp. Their debut full-length, Entropic Reflections Continuum:Dimensions Unravel marries progressive technicality with unrelenting brutality to create an incredibly powerful statement.

Consisting of Garrett Johnson on vocals, lead and rhythm guitar, Jon Reider on rhythm guitar, and Charlie Koryn on drums and engineering, VoidCeremony is full of powerhouse musicians. While plenty impressive on their own, they also enlisted the criminally underrated Damon Good (Stargazer, Black Cauldron Ram, Mournful Congregation) on bass for this album as well. END_OF_DOCUMENT_TOKEN_TO_BE_REPLACED

“Check this steamroller. Nasum-like grind with choppy tech riffs to break things up. Complete barbarian war vocals. From Tunisia. What the hell, Omination, Ayyur, and now this….” END_OF_DOCUMENT_TOKEN_TO_BE_REPLACED

We’ve been writing about this Greek band for years, beginning with their first single in 2013 and including their second one in 2015, their debut EP released the same year (and reviewed by DGR here), their amazing single and video from last year, “The Rain”, the first single (“Seeds of Deception”0 from their debut album, The Untamed Wilderness, which will be released by Lifeforce Records on November 24th, and the second one (“Shade of the Sun”). And now there’s a third, accompanied by a video. END_OF_DOCUMENT_TOKEN_TO_BE_REPLACED 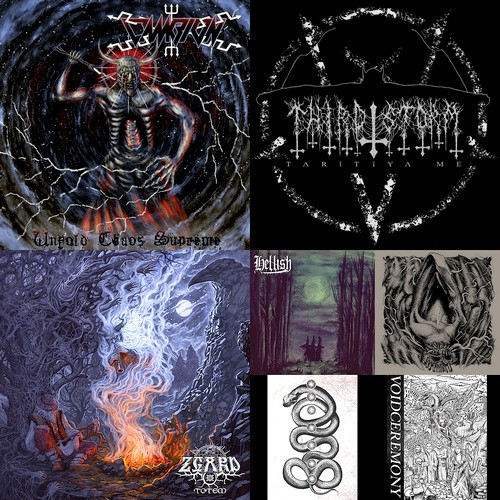 Cheers anew, and a headbanging new year. The past has been revisited a bit lately on NSC, a site that typically holds a firm stare into the crystal ball. I have, after hours arguing with myself, decided not to spend days arranging a 2015-favorites list. Thus, at least I can spend some time presenting some infectious releases from the year that kicked the bucket on its own birthday. I hope you’ll find something you’ll pursue and enjoy. END_OF_DOCUMENT_TOKEN_TO_BE_REPLACED