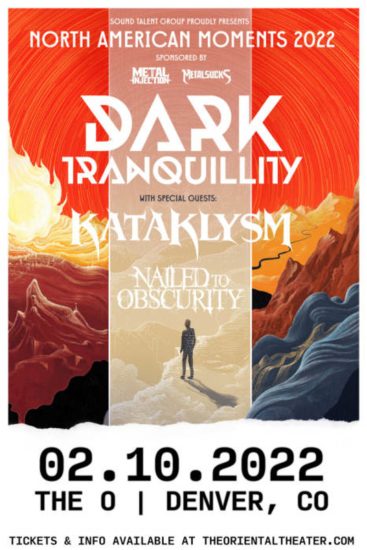 It certainly didn’t hurt that all three bands put on shows that made it seem like they – as well as tours featuring international acts in general – were never gone. END_OF_DOCUMENT_TOKEN_TO_BE_REPLACED

(This is TheMadIsraeli’s review of the new album by Nailed To Obscurity, which was released on January 11th by Nuclear Blast.)

Nailed To Obscurity is a name I’ve heard a lot, but whose music I hadn’t listened to — just too much metal to check out at any given time, really. My ignorance stretched as far as not even knowing what kind of metal they played, if you can believe it. But when I checked out the single and title track to their new album, Black Frost, I discovered immediately that this band was my thing.

Nailed To Obscurity play a style of doom-driven melodic death metal that hits an intersection of In Mourning and a lot of Dan Swanö’s recent output with Witherscape. There are, of course, hints of Opeth, which I think were pretty low-key influential on this style, but the previous influences I mentioned are definitely at the forefront. END_OF_DOCUMENT_TOKEN_TO_BE_REPLACED

Black Frost is the new album by the German band Nailed To Obscurity (who traffic in doom-influenced melodic death metal), and their first on the Nuclear Blast label. To begin paving the way to its January 11th release, the band recently released a beautifully made video (credit to director/producer by Dirk Behlau) depicting the band’s performance of the title track. END_OF_DOCUMENT_TOKEN_TO_BE_REPLACED 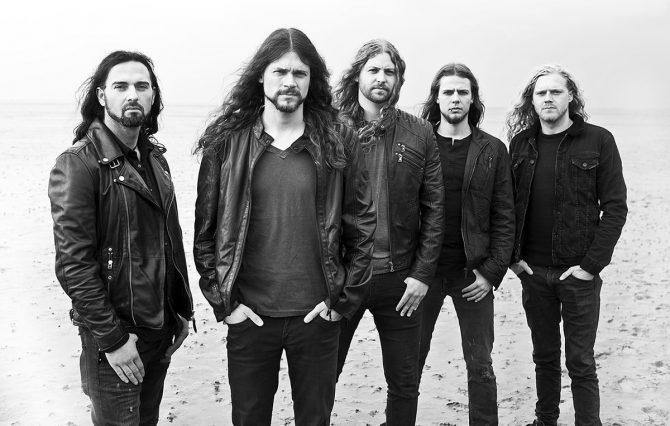 Clearly I wasn’t the only one to feel that way either, as the band recently signed to Nuclear Blast, and are currently hard at work on their major-label debut (their fourth album in total), which means that now seemed like the perfect time to have a quick word with NtO vocalist Raimund Ennenga about the where, what, when, and how, behind his lyric-writing process. END_OF_DOCUMENT_TOKEN_TO_BE_REPLACED

So, let us begin, shall we? END_OF_DOCUMENT_TOKEN_TO_BE_REPLACED