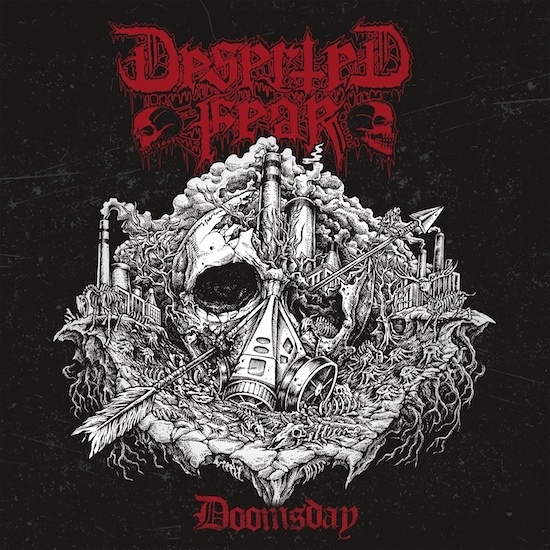 (Here’s DGR‘s review of the latest album by the German band Deserted Fear, which is out now via Century Media.)

I’ve spent a lot of time staring at the list of stuff I’ve recently been cycling through for listening, trying to find some sort of overarching theme. Usually you can pin it down to the predictable seasonal shifts at work or the somewhat more nebulous ebbs and flows of heavy metal releases – both of which have been solidly upended over the past few years.

What I did notice, though, was the presence of a few releases early on in the year of the kind that I usually only expect to find one or two of throughout the year. Those are the melodeath releases that seem to revolve around a big, anthemic songwriting core. Those have been a recent development as of the mid-2000s as the genre began to fling itself around more and more in search of ways to stick out amidst an increasingly crowded style – many would argue it has been a stagnated style since the metalcore scene exploded.

While many bands would stick to the tried and true, and wound up with pretty much tried and true results, others would write these big, almost arena-rock-esque ‘us vs the world’ types of songs; many mid-tempo and often about as filled with a million guitar lines and melodies, as one might expect from the big auditorium-filling style. For some reason, it seems like many bands have had this sort of release in them, and at some point they’ll default to it for an album or two, with results that can be as vast as the number of bands doing it.

Which brings us to the deceptively death metal looking March release Doomsday by Germany’s Deserted Fear, which has somehow turned out to be their take on the big pyro-launching, guitar stomp spectacle. END_OF_DOCUMENT_TOKEN_TO_BE_REPLACED 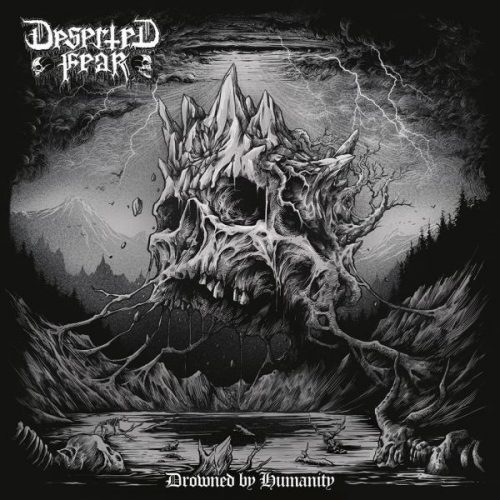 (This is DGR‘s review of the new album by the German death metal band Deserted Fear, which was released by Century Media in February.)

Deserted Fear sound absolutely massive on their fourth album, Drowned By Humanity. Having released discs at a fairly steady clip – one every two years for the most part – the Deserted Fear crew have had plenty of opportunities to iterate and expand upon their sound – and also to keep to the black-and-white-skulls motif that makes up a majority of their album artwork.

They have found themselves lying somewhere in the realm of a slightly more melodeath-leaning Kataklysm, with an album (to repeat) written to sound massive. Drowned By Humanity is built around big riffs, big grooves, and big hooks, making its forty-some-odd minutes feel like a hell of a lot longer. END_OF_DOCUMENT_TOKEN_TO_BE_REPLACED

The three new songs you’ll find below, all of which come with music videos, barely make a dent in my backlog, but I hope to do a bit more catching up with another SEEN AND HEARD post tomorrow and the usual SHADES OF BLACK column on Sunday. END_OF_DOCUMENT_TOKEN_TO_BE_REPLACED

So, let us begin, shall we? END_OF_DOCUMENT_TOKEN_TO_BE_REPLACED

I’ve written about these guys from Germany before; in fact it was on my best of 2012 list here on NCS. What probably separates them from the old guard is their knack for using grooves that are more reminiscent of modern metal. One could say that they’ve got one foot each in the past and the present. This German trio’s got a new LP out titled Kingdom of Worms via FDA Rekotz. Stream their first single below. END_OF_DOCUMENT_TOKEN_TO_BE_REPLACED