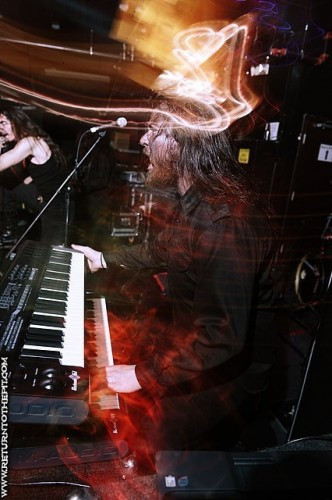 Around the time we posted about The Amenta’s music video for the song “Teeth” and subsequently reviewed their album Flesh Is Heir, we were given the opportunity to sit down with one of the group’s founding members (well, sit down as much as we can through the magic of the internet) and really talk about the group’s latest releases –  as well as get a general overview of the band throughout the years.

Synth/keyboardist/general technology wizard Timothy Pope has been with the band from its foundations and has seen it through various incarnations and sounds. As you can all see below – the man has a thing or two to say about a thing or two and really helps give a picture of what happens when the group sits down to write music, as well as the general philosophy of everything that goes in to the band. He even graced some of my sillier questions with serious responses.

This one is a good, long read so beware that it’s a time investment, but it’s also fascinating to see the inner gears of a machine like this turning, and get a glimpse of what went in to each song. It also functions as a hell of an introduction and tutorial to who these guys are and what they are about. END_OF_DOCUMENT_TOKEN_TO_BE_REPLACED 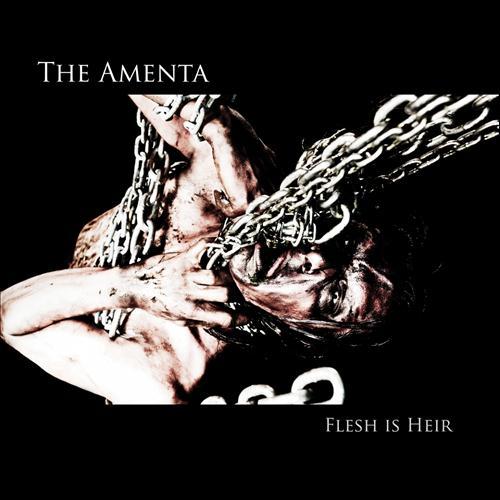 (DGR reviews the new album by Australia’s The Amenta.)

It has been a long and interesting wait for fans of Australian group  The Amenta – whose new disc Flesh Is Heir was just released a little bit earlier this week (and is streaming here). Officially it’s been almost five years between the group’s full releases, although the band have kept up a steady stream of EPs and singles (such as the VO1D EP which was released in 2011 and is still available on Bandcamp as pay what you want) in between n0N and now. However, even between VO1D and now, three years have passed with only a couple of small releases in between. The group’s releases were becoming very promising and mature, too, so when time came for the official release of Flesh Is Heir, it was easy to assume that it was going to be a big time in the band’s history — and so it has proven to be.

Flesh Is Heir is a massive and incredibly dense album packed into forty-five minutes, with moments ranging from calculated ferocity to sheer chaos in the blink of an eye. It doesn’t sound polished; it sounds distorted and disgusting. Man, what it does offer though is a crushing bit of extreme music that whiplashes from industrial, to death metal, to black metal, to every spectrum the band could come up with in between – so long as they could blast and scream over it. END_OF_DOCUMENT_TOKEN_TO_BE_REPLACED 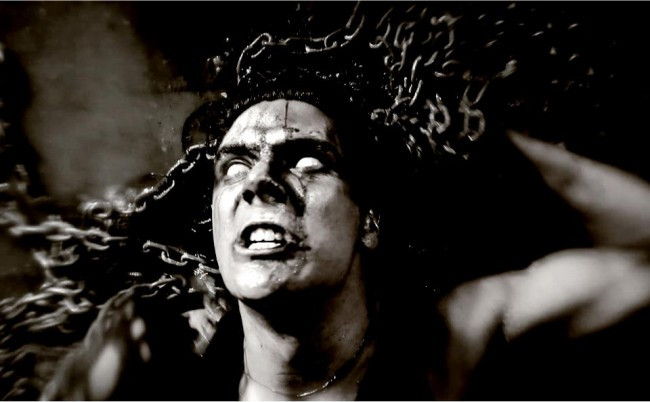 (DGR has a few things to say about the new video from The Amenta.)

If there were a list of bands I had to come up with who I think sounded like the apocalypse, The Amenta would easily rank alongside groups like Behemoth, Xerath, Zonaria, and Ulcerate. They’ve got a really good grip on that loud and hollow sound that one would imagine emanating from a group playing at the end of the world.

Their music has a very loud machine quality that sounds like the grinding of gears on top of a heavy blast of death metal, with the occasional black metal shriek and blast. I personally came in late in the game with this group of Australians back when they made their EP Void avalable for download. Now they have released a music video for their new song ‘Teeth’ that you can view at the end of this post, which they have released ahead of their new album Flesh Is Heir – which hits toward the end of this month.

The way the video plays out is that, well, unfortunate things happen, and a large part of it winds up being a creepy long-haired dude crawling all over a lady with enough chains and grime to have been cleaned out of a prop shop. We must be early in their relationship by the time the video for “Teeth” was filmed because after awhile I imagine she’d probably just have about a half hour set aside for ‘creepy dude to crawl all over me with chains and what not’ as part of her day. END_OF_DOCUMENT_TOKEN_TO_BE_REPLACED 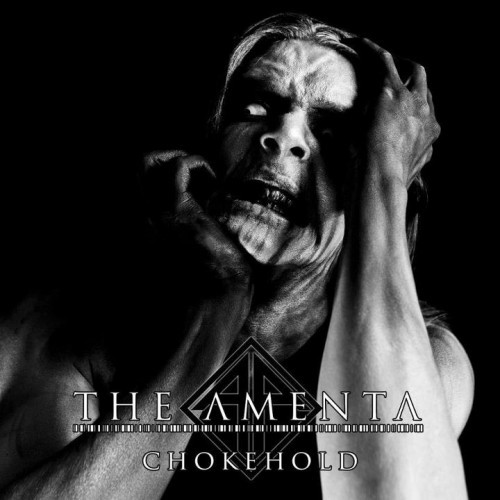 I’m a big fan of Australia’s The Amenta. So how I missed this news is mystifying, but better late than never: They will be digitally releasing a new EP called Chokehold sometime in May via Listenable Records. It will include two new songs —  the title track, “Chokehold”, and a cover of “Christ Bait Rising” by Godflesh. The band reports that both songs were recorded and produced “with a modern take on GODFLESH’S influential Street Cleaner album’s sound and aesthetic.”

The EP will also feature two live tracks taken from the bands 2011 V01D Australian Tour, as well as a remix of the track “V01D” from their last album.

As you can see, the cover art for the EP is done, and therein lies a tale. Apparently, the band tried to set up an ad on Facebook to publicize the EP, and Facebook rejected the ad because the cover art was considered “too extreme”. I guess Facebook has drastically different standards for advertising than it does for what people can put in their profiles and photo albums.

I like the picture of vocalist Cain Cressall up there — nice and metal — but it’s really not very extreme. No intestines are hanging out, no human organs are being consumed, no veins have been opened. Go figure.

I’m not positive how this EP relates to the band’s next album. In March they announced the new album’s title — Flesh is Heir — and a track list, and at that time they were finishing up the recording work. Doesn’t look like the new songs on the EP will be on the album. Of course, I’d be happier than a pig in shit to get an EP AND an album from these guys in 2012.

Two more pieces of news, including a new video, are after the jump . . . END_OF_DOCUMENT_TOKEN_TO_BE_REPLACED

This month’s list begins right after the jump. I fell down on the job of monitoring the interhole and press releases to catch news about new albums that looked potentially cool to me, so I know I missed announcements of new releases that should be included here. So, feel free to leave Comments and tell all of us what I missed. Let us know about albums on the way that  you’re stoked about! END_OF_DOCUMENT_TOKEN_TO_BE_REPLACED 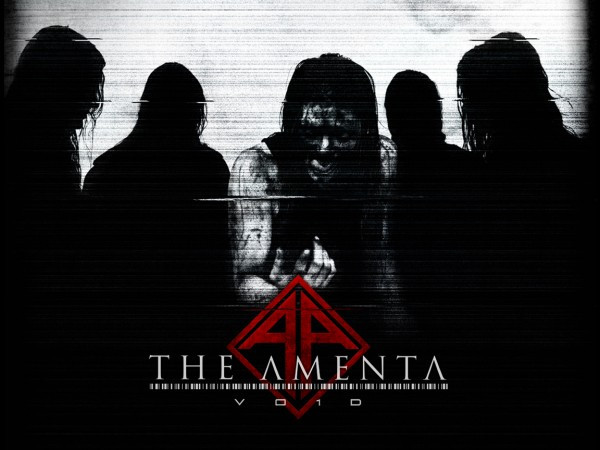 As a general proposition, I can only take industrial metal in small doses, but The Amenta‘s 2008 album n0n was such an extreme, brutal piece of mindfuckery that I couldn’t resist it, and still can’t. The band took elements of black metal and death metal and stewed it in a smoking vat of industrial rhythms and synthesized noise. The result was something cold, vicious, disgusting, nihilistic, raging, hate-fueled — and yet often as catchy as ebola in its rhythmic hooks and small infusions of melody. 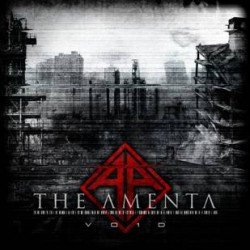 Today, The Amenta have returned with an unusual “multi-media release” called V01D. There’s an audio component and a video component. The audio is a 16-track album mastered by Alan Douches consisting of one new song (the title track); six new “electronic experiments”; re-recorded versions of five songs from n0n and the band’s previous album Occasus (2004); and re-mix versions of four of those five previously released songs.

The video component includes professionally filmed and recorded clips of the band performing four songs live in Sydney, Australia, plus one music video for the song “Vermin”.

All of this — the 16-track album and the five videos — have been released as of today, and what’s even more unusual is that despite the obvious effort that went into creating this, The Amenta are making all of it available for free download at www.theamenta.com. In the band’s words, this is their “response to download culture” — which I guess is a way of saying, “our shit will be up on the web in no time anyway, so what the fuck?”

After the jump, we’ve got the disturbing music video for “Vermin” and the new song, which is a surprise, but a very fine one. END_OF_DOCUMENT_TOKEN_TO_BE_REPLACED