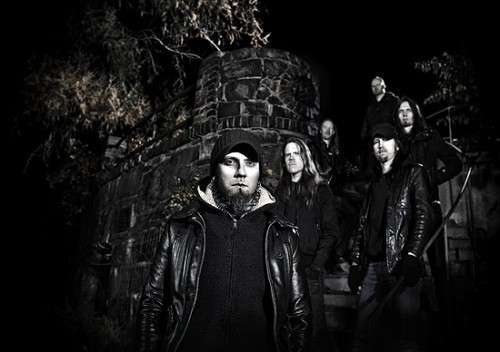 Finland Tribute Week started on a lark, and then took on a life of its own. One week of Finnish metal turned into two weeks, and it could easily continue for many more days. But all good things must come to an end. Among other things, this good year for metal is coming to an end, and you know what that means: Year-end lists. We have some for you, beginning on Monday.

Looking back on Finland Tribute Week: Finland has produced a rich variety of metal, and we’ve done our weak-minded best to provide a sense of that. We’ve covered an array of melodic death metal, funeral doom, black metal, humppa metal, folk/pagan metal, battle metal, cello metal, monster metal, and more. Undoubtedly, we will have fucked up in the eyes of many of you by neglecting bands we should have written about. That’s to be expected: “Disappointing” is our middle name (one of many).

We’ve been scratching our pointy heads about what to do in this final post — our last chance before this series ends to highlight Finnish metal bands. We’ve been holding on to one well-known band that’s a favorite of your three NCS co-founders — Swallow the Sun. So,we’ll lead with that. Then we’ll move on to another band we didn’t know about before starting this series, but that many of you have recommended to us: Fall of the Leafe.

And then we’ll finn-ish off this series by doing what we’ve tried to do consistently since the beginning of NCS — tell you about bands you may never have heard of that hit our sweet spot, including promising bands just getting their start. The ones we’ve picked, somewhat randomly, for this wrap-up are Depressed Mode, Nation Despair, and -1 World. Lots of music to cover. Therefore, we will have few words (yeah, we know that will come as a shock). We will let the music speak for itself — after the jump. 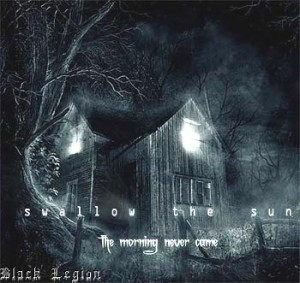 Swallow the Sun is a big favorite of the three of us who started NCS. We’re fans of the music — an amalgam of melodic doom and death metal that’s both entrancing and hair-raising — and the two live performances we’ve seen have been stunningly good. We’ve been biding our time, waiting for the right moment to include them in a post for this series. Now’s the time.

We like all four of the band’s albums, but this song in particular, off their 2003 debut, The Morning Never Came, is one we’ll never tire of.

FALL OF THE LEAFE

Between 1998 and 2007, this band put out six albums, and until we embarked on this tribute series, we hadn’t heard any of them. But so many people mentioned them to us in comments and e-mails that we felt compelled to go exploring. Plus, the band’s vocalist Tuomas Tuominen is now the vocalist for The Man-Eating Tree, and that peaked our interest.

But we needed help, because six albums would have been a lot of music to learn and sift through. So we turned to our UK contributor Andy Synn for advice, and he pointed us to two songs. They’re an exception to our normal rules around here — exclusively clean singing and more hard rock than metal — but we do confess that, even with allowances for our usual tastes, this is pretty good.

We also liked the pithy description of the band that Andy’s girlfriend coined: “It’s like Finntroll and A Perfect Circle had a baby.” Except we think the baby got most of the genes from the APC side of the parentage.

Here are the two songs Andy recommended. The first one is from the band’s last album, Aerolithe. The second is from Vantage (2005).

Fall of the Leafe: Graceful Retreat

Fall of the Leafe: But the Ghosts Here 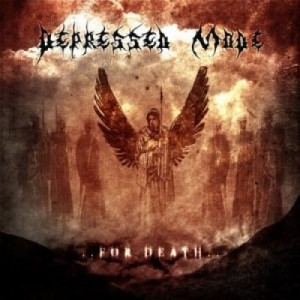 Back in early August, my NCS collaborator IntoTheDarkness got on a melodeath roll and sent me a slew of recommendations — all of which proved to be wonderful discoveries. They included bands that we wrote about in the weeks that followed: Incarnia, Yorblind, and Fractal Gates. Near the end of that roll he was on, he also pushed me to check out a band called Depressed Mode.

I listened to the album once through and it definitely rang the chimes in my head. I decided I would write about the band as soon as I finished whatever I was in the middle of doing — and then I never got around to it. Typical. My friend, the attention deficit disorder, at work.

At the time, I didn’t realize where Depressed Mode were from, but only yesterday I figured out they were from Finland — just in time to slot them in to this last post. They’ve produced two albums so far, Ghosts of Devotion (2007) and the one ITD recommended to me, . . . For Death (2009).

. . . For Death is very good, and very difficult to sum up succinctly. And it doesn’t put me in a depressed mode at all. There are slow, keyboard-driven, symphonic-doom passages, but there’s also rapid-fire melodeath riffing. Death-metal growls trade off with clean, soprano, female vocals. It’s both moody and rampaging. Here’s an example: 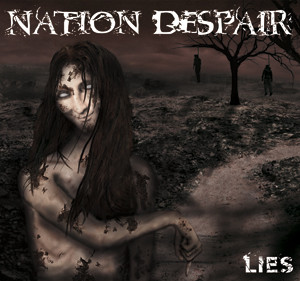 Jarkko Tasala of The Jasser Arafats — a Finnish band we’ve raved about in the past — sent us a message encouraging us to check out his friends in a band called Nation Despair. They produced a demo in 2009 and an EP called Ruins earlier this year, and they’ve now finished a second EP called Lies for a projected January release.

The band’s web page includes a tune player that we used to hear two tracks from the forthcoming EP, “Lies” and “Cleansed by Conviction”, and they’re impressive examples of death metal with groove and catchy melodic guitar leads galloping in harness with chugging menace. This is a band we’ll be watching with interest. Here’s the link to that music player (which unfortunately we’re unable to embed here).

And this is a song from the band’s first EP:

This unsigned five-piece band, founded in 2008, is from Salo. Their bassist Juuso Ketokoski saw our Finland Tribute Week series and asked us to check our their music, which we did.

The music is rough, raw, and ragged, with an honest, old-school sound. It’s Entombed-style death ‘n roll with a punk sneer and the accelerator on the floor — muffled rock drumbeats and downtuned riffing; nasty, croaking gutturals and grinding distortion, the kind of music that would put a high-voltage charge into a mosh pit.

Check out this live performance track from -1 World:

-1 World’s MySpace page is here, their Facebook is here, and you can download a bunch of their tracks (both live and studio recordings) at this location.

We hope you enjoyed this Finland Tribute Week series and discovered some worthwhile music in the process. We’ll now be returning to our regular features and to music from the rest of the puny world outside Finland — in addition to all those year-end lists. Suomi perkele!