This is Part 10 of our list of the year’s most infectious extreme metal songs. Each day until the list is finished, except today, I’m posting two songs that made the cut. For more details about what this list is all about and how it was compiled, read the introductory post via this link. To see the selections that preceded the three we’re announcing today, click here.

Australian metal killed it in 2012. I’m not saying that Australian metal bands weren’t killing it before last year, but in 2012 they put a stake through the heart and cut the head off. I’ve already included a song from one Australian band in this list (Gospel of the Horns), and today I’m adding three more — three songs from three great albums that helped make 2012 a banner year for metal from Down Under.

Andy Synn reviewed Be’lakor’s Of Breath and Bone for us here. One song in particular infected me, and it brings a smile every time I hear its opening notes. The song is “Remnants”, and here’s what Andy had to say about it:

“From its sublime, star-crossed opening bars, ‘Remnants’ is a killer track, and gets the record fully into gear. Placing a greater focus on spiraling twin guitar harmonies and the complex interplay of lead refrains and galloping riffs, the track continues the general Dark Tranquillity vibe of the record, marrying the slightly folky tones of that band’s early period with the precise, cut-glass melody of their more recent years.

“The drums clatter and crash almost chaotically at times, adding interesting textures and a rough counterpoint to the grandiose guitar melodies. Marrying both heaving force with the sort of incisive guitar melody that makes melodic death metal such a captivating experience, the track serves as a master class in how to bottle lightning in metallic form.”

Couldn’t agree more. I’ll just add, am I the only person who is reminded of the captivating skirl of bagpipes when listening to the introduction?

Our friend groverXIII wrote a review for us of this band’s smashing debut album Portal of I, and you can read that here. I agree with grover that this is one of those albums that achieves maximum effect when heard straight through, from start to finish. Picking a song here or there for isolated listening isn’t the ideal way to experience what this band are capable of doing.

Yet having said that, I’ve found myself returning frequently to one song on Portal of I — “And Plague Flowers the Kaleidoscope”. It’s filled to overflowing with standout moments and brilliant individual performances, beginning with the striking violin solo in the song’s introduction. And it’s also proven to be infectious as hell.

“AND PLAGUE FLOWERS THE KALEIDOSCOPE” 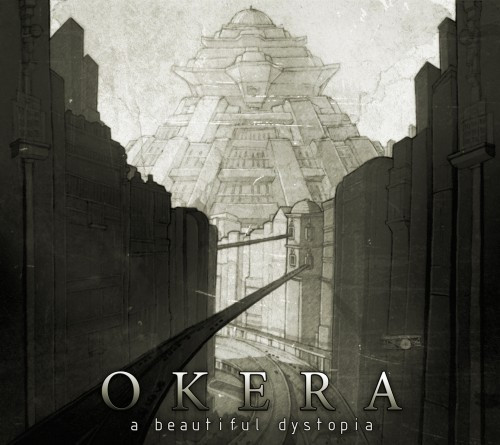 I reviewed Okera’s 2012 album A Beautiful Dystopia here, at the urging of MaxR at Metal Bandcamp, and I owe him big time for that push, because the album is fantastic — a melding of doom and melodic death metal that’s powerful, dramatic, and highly memorable.

My favorite song from the album, and one of my favorites of the year as a whole, is “The Black Rain”. It begins immediately with a slow, simple, instantly infectious melody, and the resounding moment when it returns again with about 3 minutes left may well be my favorite moment on an album that’s loaded with great listening. And the two extended, wordless roars/howls that follow back to back at almost the song’s exact center will also raise the hair on the back of your neck.

It’s easy to get hooked on this song. If you haven’t yet investigated Okera, now’s the time.