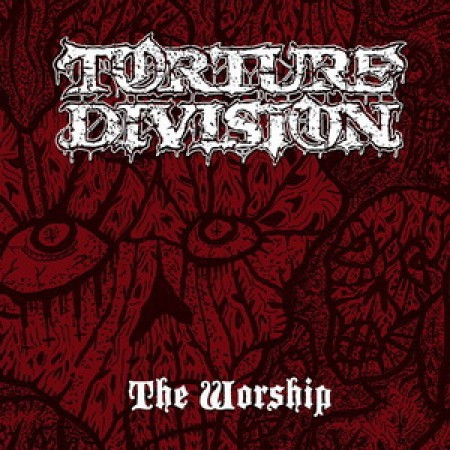 Here’s the 18th Part of our list of the year’s most infectious extreme metal songs. For more details about what this list is all about and how it was compiled, read the introductory post via this link. To see the selections that preceded the songs I’m announcing today, click here.

The three members of this Swedish band – Lord K Philipson (guitar), Tobben Gustafsson (drums), and Jörgen Sandström (bass/vocals) — collectively have over 60 years of combined death metal experience, including membership in bands such as Grave, Entombed, Vicious Art, The Project Hate MCMXCIX, Vomitory, and God Among Insects. Their modus operandi is to release short demos and give them away for free on their web site. Every time they finish releasing a group of three demo’s, they package them up and release them as a compilation CD.

In 2013, Torture Division released two demos, both of them (as usual) mixed and mastered by Dan Swanö at Unisound. The first one was named The Worship, and I reviewed it here. The second one was The Sacrifice, and I reviewed that one, too. They’re both sooooo damned good — crushing guitar and bass tone, bone-breaking percussion, bestial vox, irresistible grooves, grisly infectious melodies, both hard-charging and doomy as a dank crypt, with riffs and rhythms that will make you bang your head so goddamned hard it will come off and bounce around your room like a tennis ball.

I picked one song from Torture Division’s 2013 output for this list. But for the fact that I’ve limited the list to one song per band, I would have picked more. The one I chose was “All Rise”. Limber up your neck muscles, turn up the volume, and press play:

In 2013 Sweden’s Blood Mortized came roaring back with their third album, and as you might guess from that cover art, they weren’t fucking around. However, as you might not guess from that cover art, there was a lot more going on in The Demon, The Angel, The Disease than maniacal serial killers and a big unholy whiff of cemetery rot.  To quote from my own review (because if I don’t quote myself, who would?):

“[T]he music is flooded with huge walls of industrial-strength grinding noise, spine-snapping freight train chugging, or the kind of tremolo drilling that generates sympathetic resonance deep down in your guts. It’s thoroughly head-wrecking….

“[But the album is also embedded with] an array of compelling melodic hooks delivered by lead guitar refrains that range from the slithering and serpentine to the haunting and ghostly. Those melodies create an almost stately, dramatic aura of bleakness around tracks such as “I Am the Dead” and the title track (which also benefits from the atmosphere created by the tolling of a bell and the shimmer of organ notes), and the album closer “I Leave With Hate” (which ventures into melodic death metal territory) achieves near-anthemic status with reverberating guitar arpeggios that will get stuck in your head for days on end.”

“I Leave With Hate” has actually been stuck in my head for months now, instead of days. It’s the song I chose for this list. Listen below. 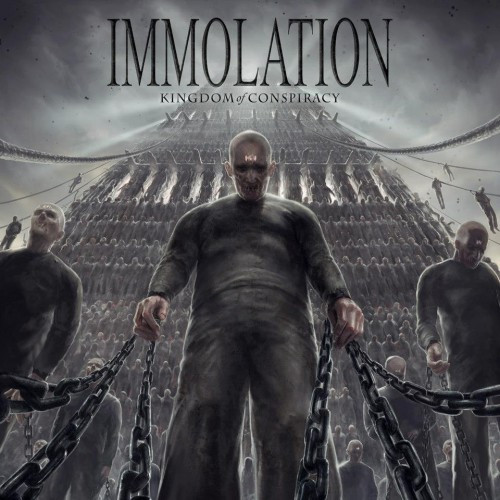 Of course, the Swedes do not have a monopoly on the metal of fucking death. There is, for example, that ancient NYDM behemoth, Immolation. How is it possible that in their 25th year they released an album of such unusual strength as 2013’s Kingdom of Conspiracy? Very, very few bands in any genre have been as consistently excellent over a span of that many years. Here’s part of what TheMadIsraeli had to say about the album in his review for our site:

“No one sounds like Immolation to this day, and yet Immolation continue to be ahead of their time no matter what era they are in. Kingdom Of Conspiracy is a welcome jolt to the spine as well, because this is definitively the band’s most aggressive and fastest album since Dawn Of Possession, as well as one that includes the signature doom, sludge, and slam moments Immolation know how to throw into the mix.

“The band have never sounded more intense, Ross Dolan’s trademark roar has never sounded more grotesque and filth-covered, the drums are at an all-time high of double-bass and blast-beat saturation, and the riffs this time around opt more for bleeding you out via your jugular as opposed to the Immolation S.O.P of dragging you into an abyss by your feet…. Kingdom Of Conspiracy is definitely Immolation operating at full tilt.”

Kingdom of Conspiracy is loaded with infectious tracks, but my favorite is the title song. I suspect I’ll get arguments that others are at least as worthy of this list, if not more so. But that’s my pick, and here it is:

3 Responses to “OUR LIST OF 2013’S MOST INFECTIOUS EXTREME METAL SONGS: PART 18”