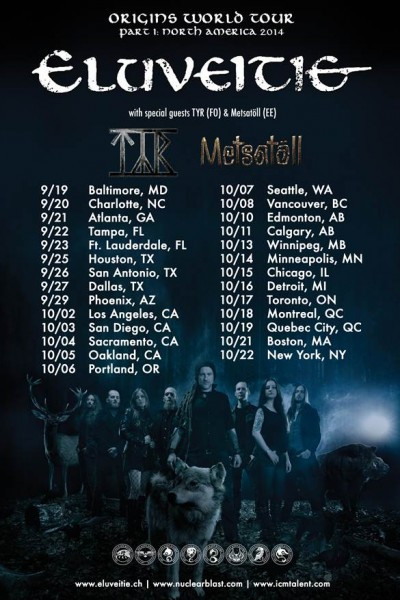 Switzerland’s Eluveitie will be releasing a new album this August named Origins, and in support of that new album they will be mounting a world tour that first passes through North America. It begins on September 19 in Baltimore and concludes in New York City on October 22. Eluveitie’s compatriots for this tour will be Tyr from the Faroe Islands and Estonia’s Metsatöll. I’ve thoroughly enjoyed every Eluveitie show I’ve attended and am looking forward to this one, too, especially with Metsatöll along for the ride — they are a shitload of fun on stage.

Origins will be released on August 1st (EUR), August 4th (UK), and August 5th (North America) via Nuclear Blast. The cover artwork was created by the band’s frontman Chrigel Glanzmann. Here’s what it looks like: 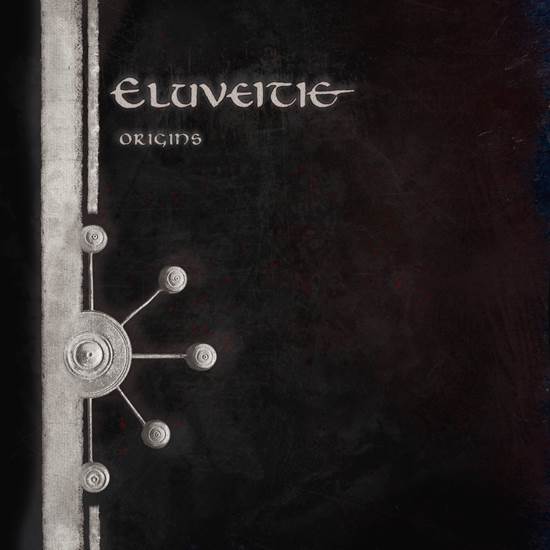 And these are the North American tour dates:

16 Responses to “TOURISM: CARNIVAL OF DEATH 2014 AND ELUVEITIE IN NORTH AMERICA (WITH A NEW ALBUM COMING)”