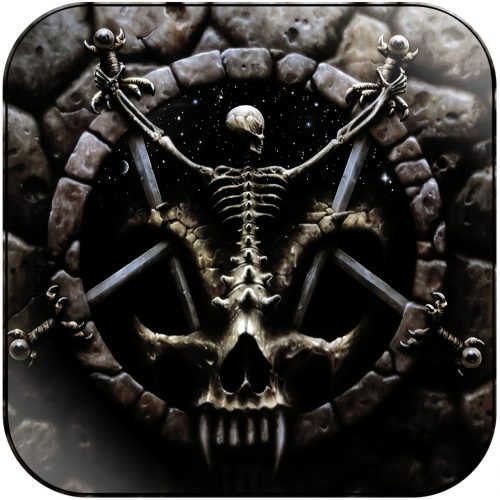 (This is the eighth installment in an extensive series of posts by TheMadIsraeli devoted to a retrospective analysis of the discography of Slayer, and today’s subject is the band’s 1994 album Divine Intervention. Links to the preceding installments are at the end of this post. Our plan is to continue posting the remaining Parts on a daily basis until the series is completed.)

I’ve always perceived Divine Intervention as Slayer’s black sheep sort of release.  It’s an odd album to be sure, seeing Slayer write more tempo-complex songs, explore more death metal sorts of sounds, and adopt some of the other sounds they themselves had inspired in others.

But I like Divine Intervention quite a bit.  It’s weird, and Slayer have always been pretty good about being weird the few times they’ve done it.  There’s something unhinged about this album, and that lines up with a lot of the really bleak and depraved lyrical content.  There’s a lot of shit about serial killers on this album, and the album SOUNDS like the subject matter it addresses.  It’s sick.  It also helps that Tom Araya just sounds PISSED on this record, a tonality he’s never had before. He also sounds unhinged. 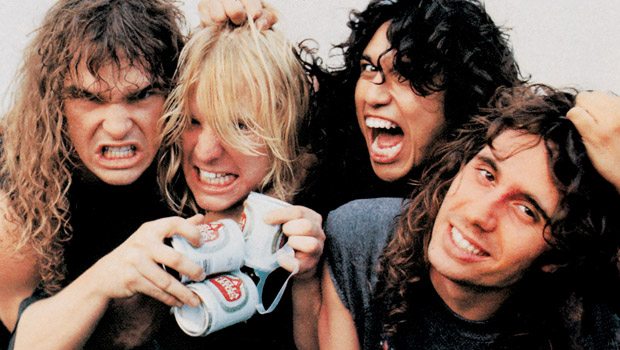 Divine Intervention stands out because of its approach to riffing. There’s some disgusting, depraved nonsense on this record like the lunatic “Sex, Murder, Art”, and even when the band are playing more to their comfort zone, they’re trying new things in rhythm and tempo, such as opener “Killing Fields” with its verse that sounds like the band could come apart at any moment.  It’s a killer ambiguous groove that you can never quite find the center of. The more death metal technical flare and groove of “Fictional Reality” is a good time as well.

This album really stands out, though, when it comes to the songs where the band just absolutely lose their minds.  The previously mentioned “Sex, Murder, Art”, the serial killer bloodlust insanity of “Dittohead”, “Serenity In Murder”, or closer “Mind Control” are really where this album shines.  It does lead to a somewhat uneven experience, however, because when the band touch back to more traditional Slayer material, like the title track “Divine Intervention” or “SS-3“, it can feel jarring.  However, that may actually be the point of the record and I’m just missing it.  Divine Intervention does contain one of Slayer’s all-time best slow burners though in the brooding “213“.

A lot of what you hear on this album is interesting in hindsight, being able to view the band’s entire discography now.  This is the last gasp of traditional Slayer, sound-wise, and I think it was a pretty good victory cry for the band’s thrash roots. It can be a tad bit uneven, but it’s a very underrated record because it includes some of Slayer’s best songs.

I also want to close this review by talking about Undisputed Attitude, because I think it frames a lot of what Slayer would go on to do with future releases.

I’m not going to review Undisputed Attitude since it’s a covers album, but it does tell you everything about how the next couple of Slayer albums would pan out. It’s a hardcore covers album, ranging from everything from punk to NYHC to just about the whole spectrum of the style. While people have, in my mind, unjustifiably pegged what Slayer would go on to do in the future as nu-metal, I think these people completely missed the fact that Slayer just went on a tear of incorporating a massive dose of hardcore into their sound.  A transition that would produce ambitious, if mixed results.