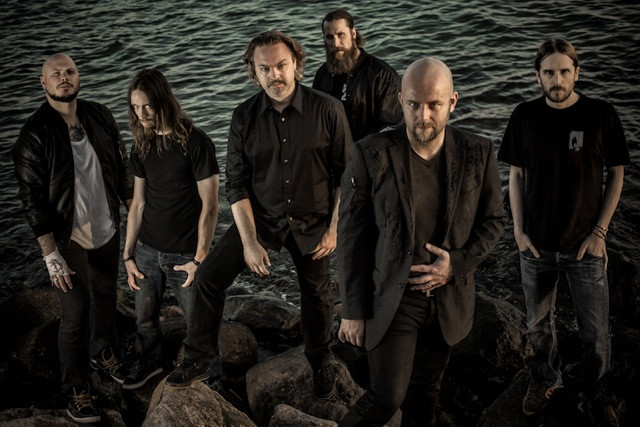 Sweden’s Soilwork have been working with producer Jens Bogren on a new double-CD album, The Living Infinite, which will be released sometime next year by Nuclear Blast. Today, they announced the first North American tour in support of the album — and it’s a mammoth one. It will begin on March 12, 2013, in West Springfield, Virginia, and finish on May 7 in Worcester, Massachusetts.

I’m sure I’ll see this tour, especially because it’s coming to a relatively compact venue in Seattle, but also because I still have a warm spot in my heart for Soilwork despite a musical trajectory over time that’s been less than completely satisfactory, given my tastes. With a new double-CD worth of new music to promote, I suspect there won’t be much room for the really good, hard, older stuff, but we’ll see.

Also, Jeff Loomis is along for this ride, and I’d see this show even if he were the only name on the bill.

The line-up on the whole is curious — you certainly can’t accuse the organizers of lacking a taste for musical variety. In addition to Soilwork and Loomis, the tour will include Blackguard, The Browning, and Wretched. As for me, I’ve never been able to get into Blackguard, The Browning are a guilty pleasure, and Wretched — they kick ass. And what do you think? END_OF_DOCUMENT_TOKEN_TO_BE_REPLACED

AJATARRA: “AJATTARA — the Finnish band featuring former AMORPHIS frontman Pasi Koskinen (a.k.a. Itse Ruoja Suruntuoj) — will release its seventh album, Murhat (“Murders”) on February 2 via Osasto-A Records. Murhat is available for streaming in its entirety on the AJATTARA Facebook page.”  (much more after the jump . . .) END_OF_DOCUMENT_TOKEN_TO_BE_REPLACED