Although next spring is very far away, yesterday’s announcement also included the news that on November 4 the band will release a digital single from the new album, a song named “Echoes To Come”. And there’s a teaser of music from this single as well — which you can hear right here (all 19 seconds of it): END_OF_DOCUMENT_TOKEN_TO_BE_REPLACED 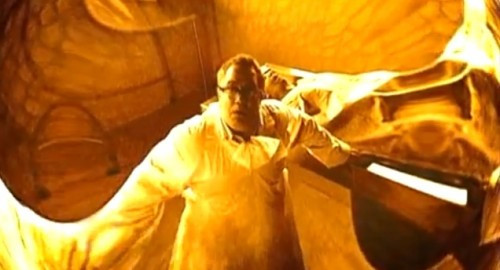 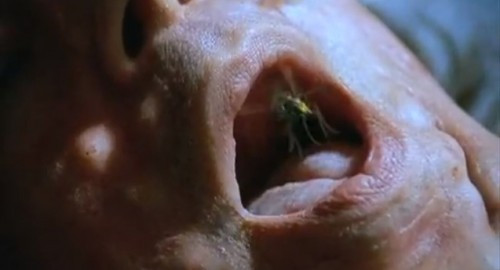 In October, then first-time NCS guest contributor The Baby Killer gave us his review of the new EP by the slightly demented and wholly talented Blotted Science. The album is called The Animation of Entomology, and the songs were recorded as soundtracks for movie clips featuring . . . bugs.

We’ve previously posted the first three of those movie clips with the amazing music of Blotted Science as musical accompaniment. I am sad to say that today the band posted the fourth and final video. It’s for the longest song on the album, “A Sting Operation” — which is divided into four parts on the album. Fittingly, the video is also divided into four episodes, using excerpts from the movie Swarmed (2005).

Once again, the band have created music that fits the film footage to a T and synced it closely with what’s happening on screen. The music is a kick in the head to hear all by itself, but the fascinating concept developed by the band of setting the music to these bug-infested movie excerpts really moves it up to the next level.

I’m sad that Blotted Science posted this video for two reason. First, I’m sad because it’s the last one. I’d be quite happy to have one of these every month for, like, indefinitely. Second, I’m sad because I hate motherfucking wasps. Allow me to explain. END_OF_DOCUMENT_TOKEN_TO_BE_REPLACED 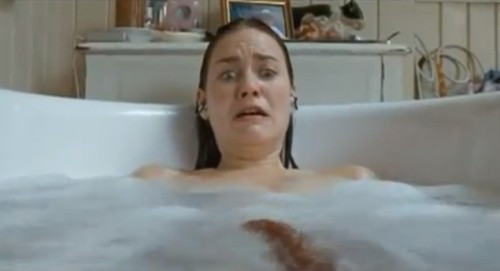 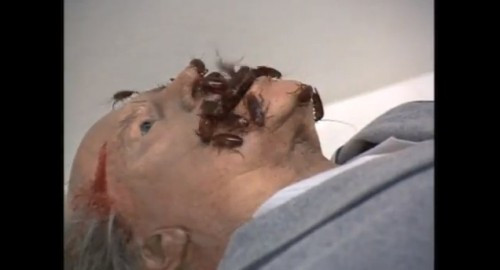 In October, then first-time NCS guest contributor The Baby Killer gave us his review of the new album by the wonderfully inventive and technically mesmerizing Blotted Science. The album is called The Animation of Entomology, and the songs were recorded as soundtracks for movie clips featuring . . . bugs. We previously posted the first of those movie clips — an excerpt from the 2005 remake of King Kong set to the sounds of a Blotted Science song called “Cretaceous Chasm”. One of the best music videos of the year, imho.

Now we have two more of these bug-filled Blotted Science clips — just in time for Turkey Day! To quote the band’s introduction to the most recent clip: “With everyone sitting down to eat their Thanksgiving turkey tomorrow, I can’t think of anything better to go with the stuffing, cranberry sauce, mashed potatoes, dinner rolls, and pumpkin pie, than a swarm of roaches…” Well now, I couldn’t have said it any better myself.

The most recent video offering is a song called “Ingesting Blattaria”, which accompanies a clip from that moving 1982 art film, Creepshow. In case you were wondering, “blattaria” is the scientific name for the order that includes the 4,500 known species of cockroaches. The second video is a clip from Slither (2006), with a Blotted Science song called “Vermicular Asphyxiation” as the musical score.

In both cases, the music syncs perfectly (and ingeniously) with what’s on-screen. The alien slugs slither in Slither, and so does the music. The roaches hungrily scamper and swarm in Creepshow, and so does the Blotted Science score. This shit is fucking great! Watch both of the new vidz after the jump. Bon appetit! END_OF_DOCUMENT_TOKEN_TO_BE_REPLACED 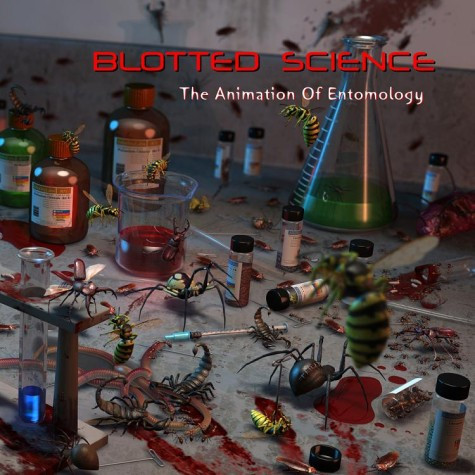 (We welcome to the site an NCS guest contributor who calls himself The Baby Killer, and he makes his debut with a review of the new EP from supergroup Blotted Science.)

Have you ever listened to an album and thought to yourself, “Wow, I never thought these guys would outdo the last one, but they just did”? Some albums, at the time of their release, such as Anaal Nathrakh’s In the Constellation of the Black Widow or Nile’s Annihilation of the Wicked, and more relevantly Blotted Science’s debut effort The Machinations of Dementia, seem like they just can’t be topped.

The technicality, atmosphere, or even just the sheer level of brutality seem so daunting when the albums come out, and when word later surfaces that the band is working on the follow-up, people tend to get polarized about the subject. Some say they can’t wait to hear what’s next, some say either it’s not going to be as good or it will just be the same album recycled for the fans, and the rest usually fall somewhere in the middle. And then when the next release does come out, everyone puts aside their differences to help pick up each other’s jaws off the ground. Such is the case with Blotted Science’s new EP, The Animation of Entomology.

Ron Jarzombek & co. don’t seem to have lost any of their momentum from their last full length, and instead have only gotten tighter.  The addition of tech-death drum veteran Hannes Grossmann (ex-Necrophagist, Obscura) has given the band just the right shot of adrenaline they needed to really stand head and shoulders above their peers, worthy opponents of Animals As Leaders, Fleshwrought and Sleep Terror.

The Animation of Entomology‘s backbone is still the fluid combination of jazzy drums and rhythms over Jarzombek’s signature free-form weedily-weedilies, but the songwriting and structures are much more varied and diverse this time around, with the tempos ranging from slow and eerie to holy-fuck-my-arms-are-gonna-fall-off. I even found certain parts comparable to djent, but much heavier of course. It’s a veritable musical roller coaster, and the guy who designed it was probably on shrooms. END_OF_DOCUMENT_TOKEN_TO_BE_REPLACED

AJATARRA: “AJATTARA — the Finnish band featuring former AMORPHIS frontman Pasi Koskinen (a.k.a. Itse Ruoja Suruntuoj) — will release its seventh album, Murhat (“Murders”) on February 2 via Osasto-A Records. Murhat is available for streaming in its entirety on the AJATTARA Facebook page.”  (much more after the jump . . .) END_OF_DOCUMENT_TOKEN_TO_BE_REPLACED