The same obviously applies when we’re talking about albums too. Yes, the move towards a primarily digital market has had an impact on the means and methodology behind how new albums are accessed and presented (though apparently physical sales have been rebounding quite a bit recently), but the importance of good album art still shouldn’t be understated. END_OF_DOCUMENT_TOKEN_TO_BE_REPLACED 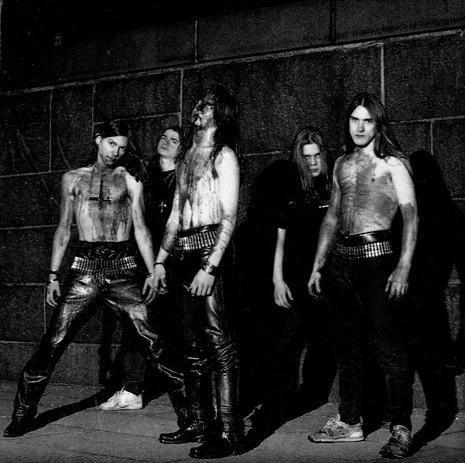 But at the same time, from where I stand, the lowest rung of elitism is abjectly deserving of ridicule as well. And what constitutes that bottommost rung? Probably the bias against breakdown-centric bands. You can even see it on No Clean Singing—we’re covering a lot more black metal than deathcore these days. END_OF_DOCUMENT_TOKEN_TO_BE_REPLACED 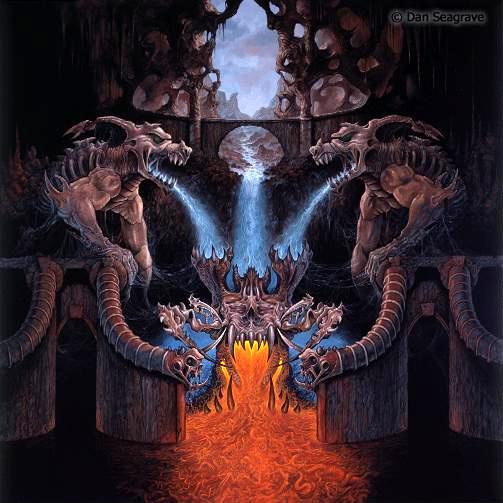 As much as I like working on this blog, it has changed my listening habits. One of our missions is to stay abreast of song and video premieres and new albums, sifting through the flood of new metal to find things we believe are worth recommending and reviewing. So I spend almost all my listening time nowadays checking out metal I’ve never heard before. The cost, unfortunately, is that I rarely listen to what’s in the library of albums I’ve accumulated over the years. No more “oldies but goodies” for me.

But yesterday, on a whim, I decided that I’d spend the time walking to and from my job listening to what was on my iPod already, and I used Shuffle to pick what I heard. My iPod Classic is full. It has 22,331 songs on it, and almost all of the shit is metal. To put a new album on there requires that I delete another one, which is horribly painful to do. That process has made the library more top-heavy with newer music over time, which may explain why most of the Shuffle choices turned out to be of relatively recent vintage.

Fuckin’ Dismember! What an auspicious way to start the Shuffle medley! I didn’t need reminding about how completely amazing Like An Ever Flowing Stream was — and still is — but it’s been a couple of years since I’ve listened to “Skin Her Alive”. What a thoroughly skin-flaying, meat-grinding experience. END_OF_DOCUMENT_TOKEN_TO_BE_REPLACED

END_OF_DOCUMENT_TOKEN_TO_BE_REPLACED 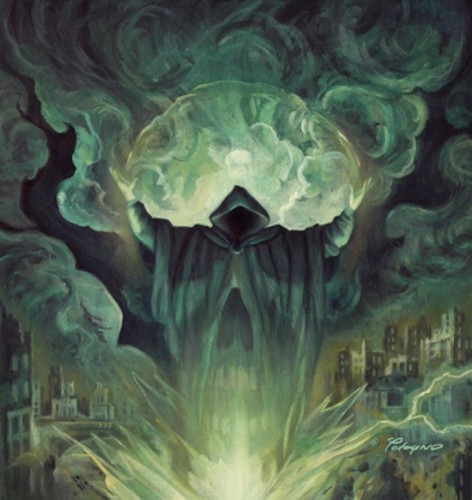 In “Leviathan,” the philosopher Thomas Hobbes famously wrote that the life of man is “nasty, brutish, and short.” And that pretty much sums up the new LP from Austin’s Mammoth Grinder. Extinction of Humanity is 21 minutes of  distorted, stripped-down, feedback-accented, in-your-face, slash-and-sludge mayhem.

If you knew nothing about the band other than its name and that awesome, smoking, skull-faced, album cover above, you’d prudently prepare yourself for some ass-kicking, and you’d be right. Mammoth Grinder has thrown an unusual grab-bag of ingredients into the blender — garage-punk drum rhythms, a mash-up of grindcore pacing and sludgy trudging, harsh vocals somewhere between a hardcore howl and a death-metal growl, and a smorgasboard of heavy, fuzzed-out guitar stylings.

The resulting concoction is massively intoxicating. If you could really drink this venomous brew, it would lead you on the kind of romping binge that leaves you wondering at daylight what the hell you’d done the night before and where all that blood on your hands came from.

To find an analogue to what Extinction of Humanity delivers, scroll back through your catalogue and listen to Wolverine Blues (1993) from Entombed or (not quite as close a fit) Dismember‘s Like An Ever Flowing Stream (1991). Extinction is not strictly old-school death metal, but more like old-school, Swedish-style death ‘n’ roll — except maybe even more visceral in its appeal.  (read more after the jump, and listen to a song . . .) END_OF_DOCUMENT_TOKEN_TO_BE_REPLACED