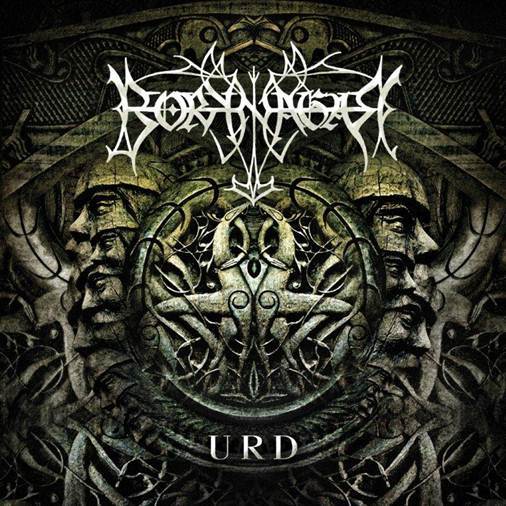 The cover for Urd captures the look and feel of a Nordic wood carving. More info about the design and the album can be found on a post at Borknagar’s official site, here. As for the clean singing, the new album will feature three pretty talented vocalists working together – Vintersorg, Lars Nedland, and ICS Vortex. One of the heavier tracks from the band’s last album comes right after the jump. END_OF_DOCUMENT_TOKEN_TO_BE_REPLACED

This month’s list begins right after the jump. I fell down on the job of monitoring the interhole and press releases to catch news about new albums that looked potentially cool to me, so I know I missed announcements of new releases that should be included here. So, feel free to leave Comments and tell all of us what I missed. Let us know about albums on the way that  you’re stoked about! END_OF_DOCUMENT_TOKEN_TO_BE_REPLACED 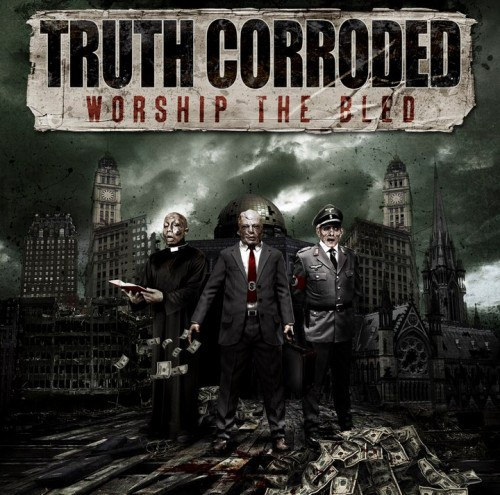 Truth Corroded is a band whose music I hadn’t heard before seeing the video featured in this post. Their new album Worship the Bled was released on September 16 in Europe and Japan by a Belgian label called Ultimhate Records. It features the hard-working Kevin Talley (Daath, Misery Index, Six Feet Under, Chimaira) on session drums as well as a guest appearance by Jonas Kjellgren of Scar Symmetry, who also mixed and mastered the album. The pretty artwork you see above was designed by Killustrations, whose work has also graced the covers of albums by bands such as Aborted and Dew Scented. (more after the jump . . .) END_OF_DOCUMENT_TOKEN_TO_BE_REPLACED 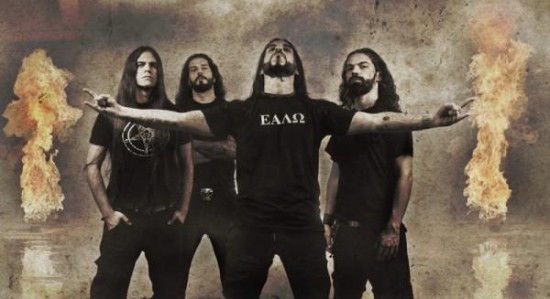 I’m a bit behind in my reading of Blabbermouth, and therefore missed some orgasmically good news that appeared late yesterday. But thanks to some info last night from my collaborator IntoTheDarkness and then a pathetically sad post today by DemiGodRaven at The Number of the Blog, I now know that Rotting Christ is coming to NorthAm in a headlining tour next spring. And may I say just how fucking happy I am?  I believe I will.  I am just soooooo fucking happy!

This almost makes up for the deep depression I experienced when learning that THE DECIBEL DEFIANCE TOUR, featuring Suffocation, The Faceless, Through the Eyes of the Dead, Decrepit Birth, and Fleshgod Apocalypse would be playing Tulsa but not Seattle — the sort of mortification that DemiGodRaven expressed upon learning that Rotting Christ would be playing Seattle but not Sacramento.

Brother, I feel your pain. Well, not really.  It’s more accurate to say that I would feel your pain except that I’ve managed to get over THE DECIBEL DEFIANCE TOUR’s snubbing of Seattle and I’m now in a painless state of bliss just thinking about the chance to see Rotting Christ in about six short months when they stop here.

There are some other bands on that tour — Melechesh, Hate, Abigail Williams, and Lecherous Nocturne — and that’s a pretty strong set of supporting acts. I’m especially interested in listening to Melechesh play their unique brand of Mesopotamian metal in the flesh. But — and no disrespect is intended to any of those other bands — I would gag my way through a supporting lineup of Katy Perry, Justin Bieber, and Nelly as long as Rotting Christ was waiting at the end.

I am soooo fucking happy. (The tour dates and places are after the jump.) END_OF_DOCUMENT_TOKEN_TO_BE_REPLACED 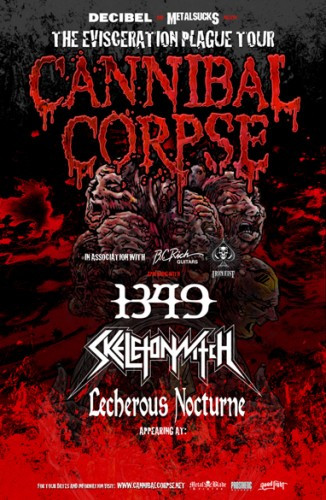 I’m so fucking bummed I can hardly see straight, and if I don’t get it off my chest, I’m afraid my eyes will stay crossed permanently.

My day job took me and one of my co-workers (he uses the name Ullr when he comments on this site) to Oakland yesterday. We finished what we had to do and we had the whole night to kill before our return flight to Seattle this morning.

To celebrate Cinco de Mayo, we ate some awesome Central American food, including grilled, endorphin-inducing serrano peppers, and pounded down some tasty margaritas with chile salt at a place called Tamarindo, and then Ullr got on his iPhone to see if there was any live music we could hit up.

And what a fucking bonanza he found! The Evisceration Plague Tour was scheduled to play at Slim’s in San Francisco, with the doors opening at 7:00. If you don’t know about that tour, it’s a sick line-up: Cannibal Corpse, 1349, Skeletonwitch, and Lecherous Nocturne.  And it was only 6:30 when Ullr stumbled across that bonanza. What could possibly go wrong? Lots, as it turned out. (more of this suckfest saga after the jump . . .) END_OF_DOCUMENT_TOKEN_TO_BE_REPLACED