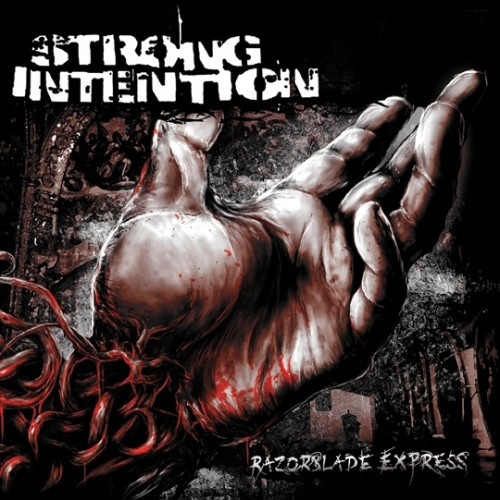 (It appears Phro has taken the early results of the NCS Reader’s Poll to heart. Not the part about hand jobs or using more polite language. The part about writing more shit for NCS. Below, Phro reviews new releases by Strong Intention (U.S.), Wake (Canada), Dephosphorus (Greece), and Chemical Tomb (UK).)

Daddy…uh…I mean, Islander sent me some albums for review. The first one was the Rumplestiltskin Grinder album from last week. (Great album, isn’t it?) The other two were short grindcore releases. Usually, when I think of grindcore I think of stuff like Wormrot and Circle of Dead Children. Strong Intention wear their hardcore influences a bit more prominently. In fact, like a lot of hardcore, you can actually almost make out the lyrics. I think. Pretty much all I can accurately catch is “Hate this life!” (Which is incredibly apropos this morning.) It sounds as if there’s a screaming, howling, angry wood-chipper fronting the band. (Daddy says not to play with the wood-chipper or he’ll shove my arm in to teach me a lesson.)

The guitars smash like someone using sledgehammers to bring down an aluminum-siding house in the middle of a tornado. The drums are alternately like zebras fleeing desperately from ravenous lions and a mudslide recorded through a distortion pedal. It all runs together like two freight trains full of nuclear waste playing chicken. It’s definitely good music to blast while you work through your father-issues by planning an elaborate Rube Goldberg machine to kill him via blood loss from a severed penis. 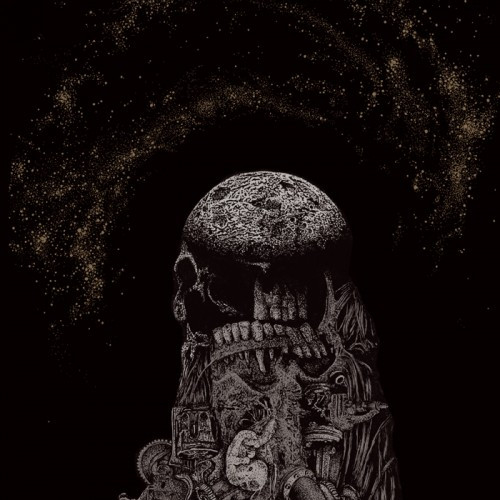 Three tracks per band…just like the three lashings on each ass cheek Daddy gave me last night. And just like the shame that grew turgid in my pants, both of these bands are bringing it hard, stiff, and brutal.

Dephosphorus take the wall of sound technique, mold it into a battle ax, and then beat you about the head with it until your brains are hanging out of your eye sockets and your eyes are rolling around on the floor like little orphaned street kids scrambling to pick up change to buy more drugs. (Please don’t leave me on the street, Daddy.) The vocalist screams like a dragon trying to set an army of knights on fire, the guitars rip like whips made of barbed wire lashed across the backs of rebellious orc slaves, and the rhythm section hops back and forth between grooves of battleships rocking in choppy seas and the fury of a volley of cannon balls. My only (minor) complaint about the Dephosphorus tracks is in “The Cosmologist.” There’s a spoken word section that I felt distracted from the music more than anything. It might have worked better on a full length. Though, maybe that’s just me and you will like it.

Wake provide us with the next three tracks. There’s less of the rhythmic groove from Dephosphorus and more of the I’m-gonna-kill-a-bulldog-to-steal-its-testicles-so-I-can-rub-them-on-your-face-when-you-sleep feel. Wake is true to their name. If I were dead and you played this directly into my ears, I’d leap out of the coffin, fuck you in the throat with an electric knife, and then attack the Vatican with intent to poop on the Pope. The vocalist (if you haven’t noticed, the thing I pay the most attention to in pretty much all music is the vocalist) sounds like one of the voices that serial killers hear. I have no idea what he’s on about, but I feel very strongly that I need to find a squirrel, rip its head off, and ejaculate into its body cavity. The drums sound like massive planks of steel pounded by a storm of hail stones the size of bull testicles. The bass is hot and fuzzy like the blood spray from a sliced artery. The rhythm guitars crunch like polar bears munching on seal bones and ring out like the screams of tortured penguins.

Wake: “Society of the Gun”

[audio:https://www.nocleansinging.com/wp-content/uploads/2012/06/WAKE_01-Society-of-the-Gun.mp3|titles=WAKE – Society of the Gun] 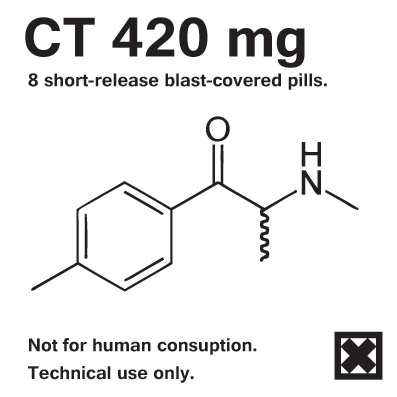 “Wait, didn’t you write about these guys like two weeks ago?”, I hear you asking. Stop asking your computer things. YOUR COMPUTER LOVES YOU NO MORE THAN MY DADDY LOVES ME AND NO MATTER HOW MUCH YOU BEG AND CRY, HE WILL NEVER STOP TAKING PICTURES OF YOU WEARING LADIES CLOTHES.

So, why am I writing about Chemical Tomb again? (Besides because they fill my ear holes with hot, sexy, drugged-up zombie spunk.) They have a new demo! A number of the tracks were on the previous release I wrote about, but they’ve been rerecorded. Also, like the last one, you can get it on Bandcamp. For no money. Like, zero loonies. Or dollars. Not even one cent, yen, peso, euro, or yuan need be spent to acquire this horrible, wretched piece of forced orgasm.

I dunno… What does a sabertooth tiger gnawing on your intestines while a pterodactyl skullfucks you with a brand new BioniCock and a viking, tweaking out on PCP, cackles between bites of your slow roasted family? What does it sound like when meth addicts knife you in the gut, fist the hole, and cum on your face all while screaming about how their mothers were really moths made of shards of glass? What does it sound like when RoboSatan rises from the depths of hell and ass fucks the Statue of Liberty while the ghosts of George Washington, Abraham Lincoln, and Teddy Roosevelt watch and throw $100 bills?

EDITOR’S NOTES: Strong Intention’s Razorblade Express is out now on vinyl via PATAC Records. It features guest vocals by Eyehategod vocalist/lyricist Mike Williams on that “3rd Space Guerilla Generator” song, which premiered on the Deciblog, as well as bass work by Cattle Decapitation’s Derek Engemann.

The Wake/Dephosphorus split is being distributed on vinyl by 7 Degrees Records, and the vinyl comes with download codes for the digital tracks. The tracks by Wake were recorded with Colin Marston (Krallice, Gorguts, Dhysrythmia). The very cool album art was created by Viral Graphics. AND . . . you can stream the entire split at CVLT Nation via this link.

In related news, 7 Degrees Records will be releasing an LP by Dephosphorus in July named Night Sky Transform, which features guest vocals from Ryan Lipynsky from Unearthly Trance. Two tracks from the album are streaming on Bandcamp here.

3 Responses to “U CAN HAZ GRINDZ!”