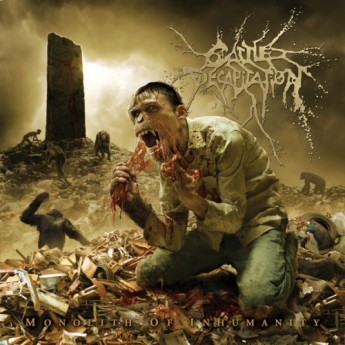 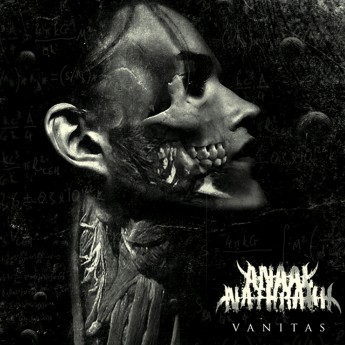 This is Part 2 of our list of the year’s most infectious extreme metal songs. Each day until the list is finished, I’m posting two songs that made the cut. For more details about what this list is all about and how it was compiled, read the introductory post via this link. To see the selections that preceded the two we’re announcing today, click this link.

Picking the songs for this list is hard, but deciding how to pair them for these daily posts is a bit of a kick. It provides an opportunity for some small amount of creativity, which is the amount that I have. A small amount.

Sometimes, my creativity may be reflected in nothing more than pairing two bands who happen to be from the same country, or whose names begin with the same letter (see above re small amount of creativity). Sometimes, the two songs may be paired because of the musical contrast between them. And sometimes, they might be grouped together because there’s some kind of kinship the music shares — and that’s what’s going on today.

As in the case of our first two song selections, this one comes from an album that was a big hit at NCS (see our review here). Of course, it was a big hit just about anywhere you looked this year, and it’s now popping up on tons of year-end lists, including our own. To quote from our latest list posted earlier today, Monolith of Inhumanity is “a bona fide classic”.

As in the case of other albums that are strong from start to finish, Monolith includes more than one song that could easily deserve a place on this list. But I picked “Lifestalker”. It begins with a white-hot blast of death-grind, all blistering riffage and meaty slams and Travis Ryan going from horrific rising growls to hair-on-fire shrieks. And then a few bass notes announce a surprising shift into something very different and very, very cool — one of many “what the fuck?!?” moments on this album. And it’s that surprising, slowed-down, soaring clean-vocal interlude that’s part of what makes this song so damned memorable. 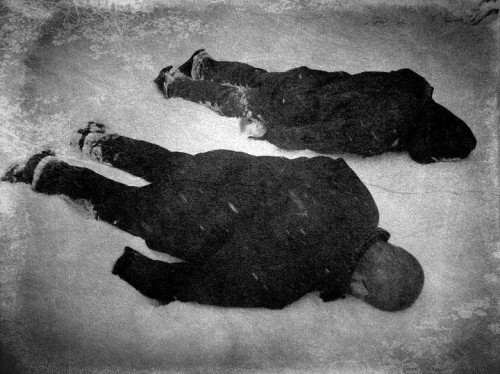 Anaal Nathrakh’s Vanitas also received a lot of love here at NCS, spawning two reviews (as well as a slew of other notices):

To quote Andy Synn from his post naming Vanitas to the No. 4 spot on his list of the 10 albums that set the highest standards for the past year in metal: “A triptych of lethal execution, creative composition, and blistering ambition, Vanitas may well be the jewel in Anaal Nathrakh’s very own crown of swords, hammering home the band’s mantra of extremity and expression, unfiltered and unaltered by outside concerns. Explosions of grinding cyber-punk collide with eruptions of mechanised blackened deathcrush, all welded together by Dave Hunt’s inhuman vocals and Mick Kenney’s apocalyptic instrumentation.”

As Andy further noted, Vanitas also includes surprising moments of melodic contrast that are a vital part of what makes the band’s creations so distinctive — and so infectious. You’ll hear what I mean in my next pick for this list, “Forging Towards the Sunset” (it was a close call between this track and “A Metaphor For the Dead”, where Dave Hunt’s contrasting clean vox play an especially prominent role). Maybe you’ll discover why I found a kindred spirit in this song and Cattle Decap’s “Lifestalker”.

“FORGING TOWARDS THE SUNSET”

12 Responses to “OUR LIST OF 2012’S MOST INFECTIOUS EXTREME METAL SONGS: PART 2”