I know that’s just reflective of the ‘relentless march of hashtag content’ that the internet has become, but it still makes me smile. If I ever need a reminder that heavy metal is — somehow, despite all the odds and all the editorials about rock music dying — a lively as all hell genre, that’s enough for me. I guess there will always be room for cathartic release via loud instruments, or the various experimentations outside of the tradional music sphere to which this genre loans itself. END_OF_DOCUMENT_TOKEN_TO_BE_REPLACED 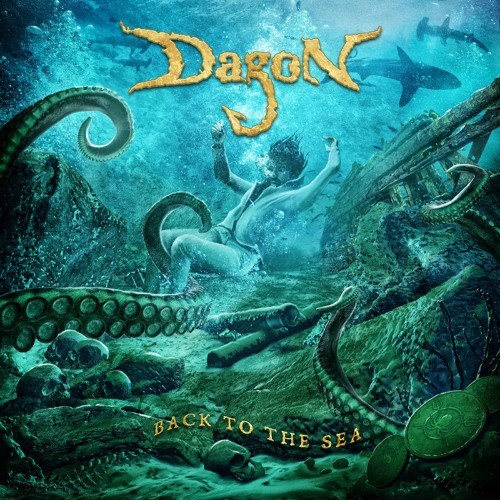 (Michigan’s seafaring Dagon have set sail again after seven years ashore, and DGR follows along in their wake like a gleeful porpoise with this detailed review.)

Few albums out there start with a song quite as victorious as Dagon’s Back To The Sea does. Its title track is an anthemic opening number, leading off the lengthy excursion back into the world of nautically themed melo-death from the Lansing, Michigan based group after a seven-year absence. Holding more thinly veiled symbolism than one might expect from a band who’ve made their headway in the metal scene by pulling tales from mythology, the history of piracy, and general apocalyptic tales of the ocean, the song “Back To The Sea” quickly throws aside all pretention in favor of a quick-moving guitar part and a constant refrain of “going back, back to the sea!”, which is an event that has been a long time coming for fans of the band.

The comeback disc is a hard trick to execute, but after a succesful crowdfunding campaign (which we posted about here, mostly to get folks some foam shark fins because the merchandising opportunity amused us) the group, who had developed a bit of a cult following after the release of their 2009 album Terraphobic and its followup EP, 2011’s Vindication, have managed to do just that. Back To The Sea contains 13 songs of hydro-powered, lead-guitar-charged melodeath led by a combo of cat-shrieking highs from drummer Truck and hefty low growls from bassist Randall, and while it’s not exactly breaking the mold genre-wise, it proves to be a whole hell of a lot of fun. END_OF_DOCUMENT_TOKEN_TO_BE_REPLACED

Three weeks into January, and judging by the handful of massive Seen and Heard and Overflowing Streams posts we’ve had to put up, you could say that we’ve solved the getting things into gear issue as our beloved musical genre has already offloaded numerous news bits upon us. I, your ever-faithful servant, have been doing my best to go along with my ragged fish net and catch everything that might’ve slipped by us — which in the case of this post dates back to last week and then some. END_OF_DOCUMENT_TOKEN_TO_BE_REPLACED

It’s been some time since we last heard from Sacramento’s hyperspeed death metal group The Kennedy Veil. In the time since 2014’s Trinity Of Falsehood, The Kennedy Veil have seen the addition of a new vocalist, Monte Barnard, whose resume includes a ton of live vocalist work for groups like Alterbeast, Fallujah, and Thy Art Is Murder, in addition to having been the vocalist for The Antioch Synopsis and the short-lived Soma Ras. Last week the band were finally able to release details about their new disc, Imperium — which is due out October 20th — as well as release a new song, which premiered at Decibel. END_OF_DOCUMENT_TOKEN_TO_BE_REPLACED 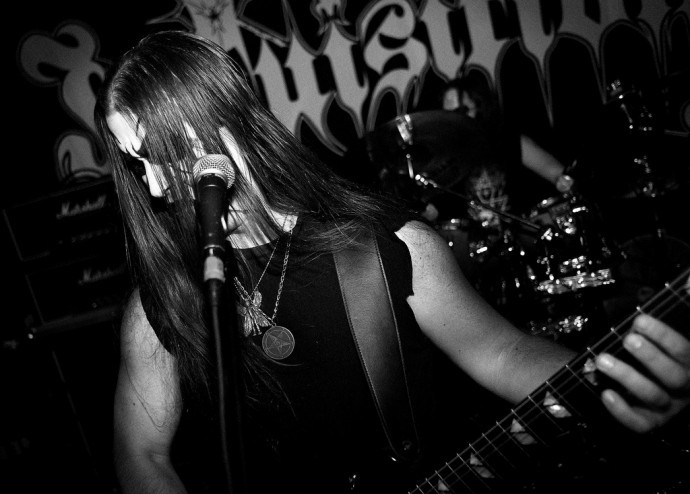 There were some metal bands from that time that had an impact on me. Colombian bands like Parabellum, Reencarnacion, inspired me a lot. I took those influences and combined them with classics like Venom and Bathory. But more than anything it was the discipline. It is hard to believe, but Colombian musicians are very disciplined. Colombian culture is pretty strict, at school and everywhere, so it shaped my character. I also took Classic guitar lessons for 8 years with Ciceron Marmolejo, he is pretty renowned there. Through him I learned that there is a spiritual side when it comes to playing. END_OF_DOCUMENT_TOKEN_TO_BE_REPLACED 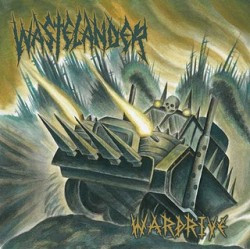 (more after the jump) END_OF_DOCUMENT_TOKEN_TO_BE_REPLACED

Last night I came across three new songs — from Nightrage, Dagon, and Skeletonwitch. Each of them individually is blistering. Listening to them all together runs the risk of leaving you like this: 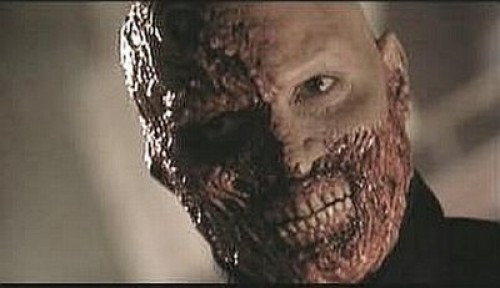 So, y’know, maybe it’s better to listen to one now and then another one tomorrow and then the third one sometime next week. Unless that picture up above would be an improvement in your looks, in which case just GO FOR IT!

Right after the jump, we’ve got the second song to premiere from Insidious, the new album coming on September 27 (a day earlier internationally) from Sweden’s Nightrage. Based on this track (“Hate Turns To Black”) and the one we featured last month (here), this album sounds like it’s going to be the strongest Nightrage release since Sweet Vengeance (2003) and Descent Into Chaos (2005). END_OF_DOCUMENT_TOKEN_TO_BE_REPLACED 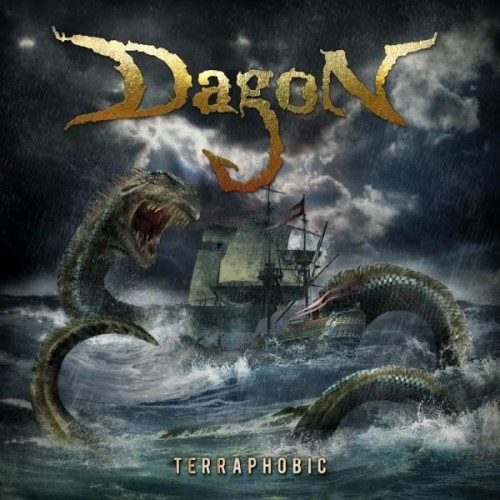 [EDITOR’S NOTE: Today’s guest post is from a Midwestern dude who will become a regular guest contributor to NCS, and his NCS nom de plume is BadWolf.]

Michigan is known for many things: the automotive industry, cherries, astronomical rates of violent urban crime. To this list I would add excellent melodic death metal bands that routinely sound straight out of northern Europe. The most well known of these bands is The Black Dahlia Murder, but the underground scene in Michigan is filled with bands that sound quintessentially Swedish. The best of these bands might be Michigan’s best-kept secret, Dagon (there’s a HP Lovecraft reference right in the name — of course they’re quality).

Dagon play melodic death metal reminiscent of NCS favorites Arch Enemy and Amon Amarth, full of big chunky riffs and anthemic choruses—this is hook salad, not riff salad. So what? Melodeath bands dealing in earworms are a dime-a-dozen. Where Dagon excels is in the sheer number of subtle neoclassical and prog nuances they add to the formula.

That’s right, singing drummer. Batterbee and Ladiski share vocal duties about 50/50, with Ladiski providing low gutturals and Batterbee handling Abbath-sounding black metal shrieks. Their voices are intense but audible. When listening to Dagon, even a metal novice can easily decipher the lyrics (completely focused on ocean-related topics), which are well-written and poetic if not incredibly insightful. That’s fine, melodic death has never been the genre of choice for stupendous lyricists anyway.  (more after the jump . . .) END_OF_DOCUMENT_TOKEN_TO_BE_REPLACED