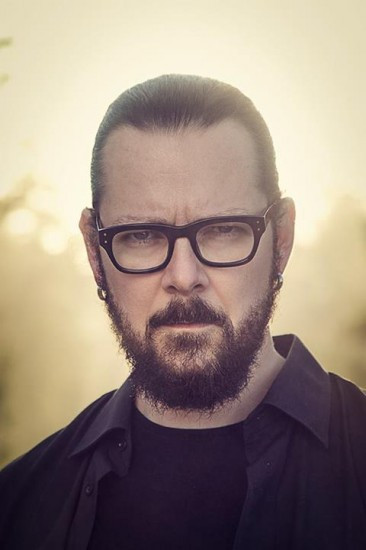 Ihsahn’s fifth solo album, Das Seelenbrechen, will be released by Candlelight Records on October 22 in North America. It can be pre-ordered here. Last month a song from the album named “Hiber” debuted on a BBC radio show. It was available at the station’s on-line site for a week. Today Candlelight made “Hiber” available for listening at Soundcloud.

“Hiber” is how the name is shown on Candlelight and Ihsahn’s Facebook pages and on the Soundcloud stream. However, previous press releases announcing the album’s track list spell it “Hilber”. A rose by any other name . . .

I’ve already raved about the song. I’ll rave about it again: It swirls and it stomps, it echoes and it pounds, the guitar spirals around complex rhythms, a string section takes wing, and Ihsahn claws with his voice (no clean singing on this one, thank you very much). It’s dark, disconcerting, and occasionally dissonant, but it will also stick with you. Imaginative, heavy music.

If you missed it when it was on the radio, have a listen now: END_OF_DOCUMENT_TOKEN_TO_BE_REPLACED 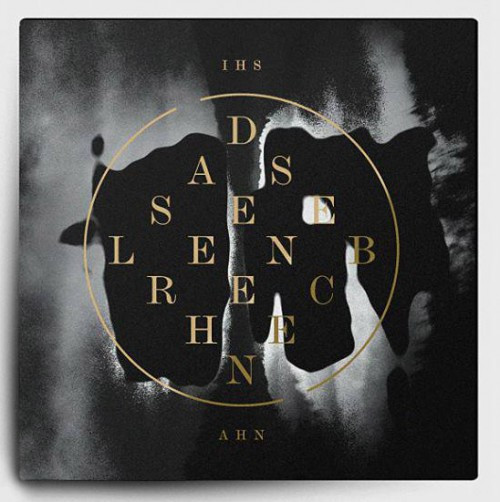 Here are a some things I’d like to recommend from my reading and listening last night.

On Monday night of this week, a new song from Ihsahn premiered on BBC Radio 1’s “Rock Show” with Daniel P. Carter. The song is “Hilber” and it will appear on Ihsahn’s fifth solo album, Das Seelenbrechen, which will be released on October 21 in North America via Candlelight Records. Fortunately, the program will remain available for streaming for the next seven days at BBC.co.uk, and you can use that link to hear it (just skip to the 21:45 mark on the player you’ll find there).

Also, for now at least, it’s been uploaded to YouTube (I’m shocked, I tell you, simply shocked!) and so you can also listen right here, after the jump.

Man, I do like this song. It swirls and it stomps, it echoes and it pounds, the guitar spirals around complex rhythms, a string section takes wing, and Ihsahn claws with his voice (no clean singing on this one, thank you very much). It’s dark, disconcerting, and occasionally dissonant, but it will also stick with you. Imaginative music. You should hear it. END_OF_DOCUMENT_TOKEN_TO_BE_REPLACED 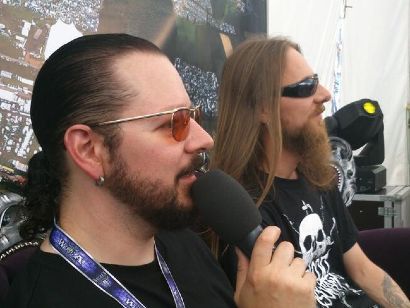 Emperor played played Wacken in 2006 and last performed together in 2007 at festivals in France and Finland. Their last album was Prometheus – The Discipline Of Fire And Demise, released in 2001. END_OF_DOCUMENT_TOKEN_TO_BE_REPLACED

Andy Synn reviewed this iconic band’s 2012 album RIITIIR for us here, showering it with praise, and it has appeared on many of our 2012 year-end lists. Guest writer Fredrik Huldtgren of the Swedish band Canopy summed it up as follows in naming it to his list:  END_OF_DOCUMENT_TOKEN_TO_BE_REPLACED 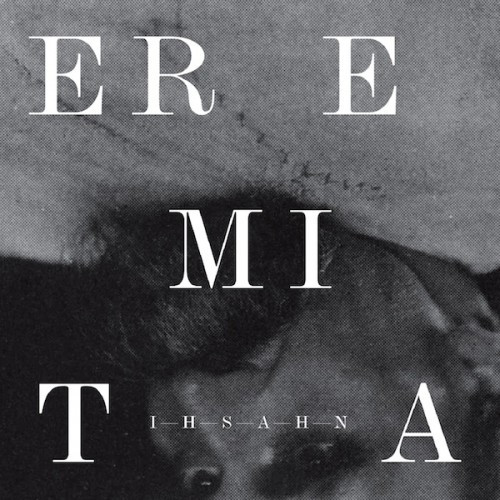 (Andy Synn follows his review of the new Gojira yesterday with this assessment of Ihashn’s new work.)

Perspective, obviously, in writing/reviewing can be a very helpful thing. Where sometimes you do feel the urge to be “first to market” with your ideas and opinions, other times you may benefit from a wider, more considered view.

Case in point: I’m writing a review for the new Ihsahn, having read several other accounts and also having discussed the album with a variety of friends and well-wishers. Though I had already formed my own opinions on the album, I had an urge to get out there and see what others thought, wanting to know if their agreement/disagreement with my opinion had the potential to give me any sort of enlightenment about the record in a greater context than just my own listening.

What I found was interesting – almost to a man, the trend was that those who felt After was a masterpiece were underwhelmed by this album, and those who fell in love with this album were, by and large, those who were unable to connect with After. So either way, this is going to be a divisive album. END_OF_DOCUMENT_TOKEN_TO_BE_REPLACED 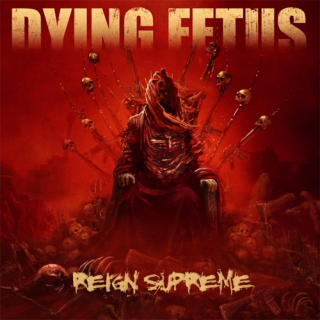 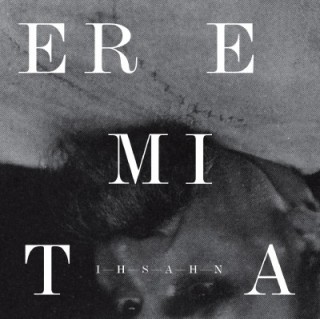 This is just a quick news flash:

Our friends at Metal Sucks today began exclusively streaming the entirety of Reign Supreme, the new album from Dying Fetus that will be officially released tomorrow. Follow this link to hear it. You’ll be glad you did.

Also today, AOL Music began streaming Eremita, the new album from Ihsahn. I found out about this from Metal Sucks as well. As Anso DF correctly notes in his brief notice, AOL Music really does have this legend appearing below the album cover for Eremita: “Sounds Like: Daughtry, Metallica”.  No shit. It would be fun to see the reactions of Daughtry and Metallica fans to this album.

On second thought, no it wouldn’t.

Anyway, you can (and should) hear the Eremita stream at this location.

Yesterday, Guitar World began streaming a song from the album called “Introspection”, which features guest vocals by Devin Townsend. I heard it for the first time through that stream (see above re moving between safe houses). I have mixed feelings about the song. END_OF_DOCUMENT_TOKEN_TO_BE_REPLACED 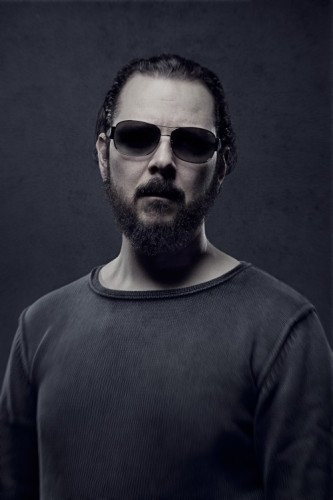 Well, fuck me blind. It’s just going to be one of those days when every time I glance at my internet feeds I’m going to see something I must post about. It’s not even 10 a.m. here in the grey Pacific Northwest and we’re up to five posts. You can imagine the extent of not-working at my day job that’s going on. But priorities must be observed, and the priorities at the moment are Ihsahn and Nervecell.

Candlelight Records have announced June 19 as the North American release date for Eremita (Latin for hermit), the fourth album from Norway’s Ihsahn, who should need no introduction.

Ihsahn alone would be worth attention, but on the new album there will be many notable guest appearances. The album will include performances by drummer Tobias Ornes Andersen (Leprous), saxophonist Jorgen Munkeby (Shining – Norway), guitarist Jeff Loomis (ex-Nevermore), and vocalists Devin Townsend, Einar Solberg (Leprous), and Heidi S. Tveitan (Star of Ash). The album artwork was created by Spanish designer Ritxi Ostariz, and you can see the cover after the jump.

Eremita will be available on standard CD and a limited edition deluxe digibook (featuring an exclusive bonus track).

But in addition to all that juicy news, Candlelight has also released today a teaser video with snippets from a few of the songs on Eremita. Among other things, it includes blast beats and harsh vocals, which makes me happy. But frankly, everything I hear on this teaser reel makes me happy. It’s right after the jump. END_OF_DOCUMENT_TOKEN_TO_BE_REPLACED 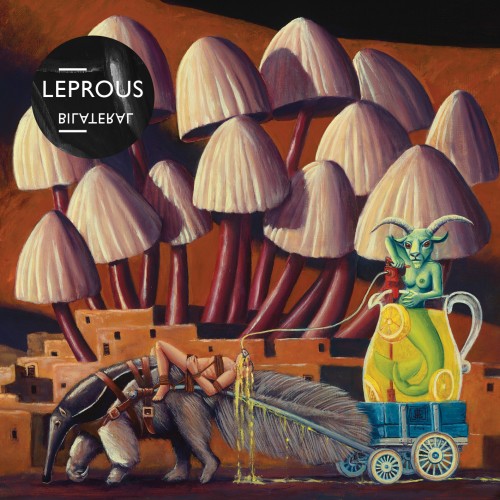 Ok, I originally had a longer and more traditionally deconstructive review written up for this. But while re-listening to the album for about the fifth consecutive time, I realised nothing I was writing was really getting to the heart of this utterly genius, utterly addictive gem of an album.

Who/what does it sound like? Well there are elements of Porcupine Tree’s depressive progressive excursions and Devin Townsend’s ambitious mutant pop melodies, along with the bombast of Queen and the precociousness of early Dream Theatre to boot. Similarities to Ihsahn’s solo work of course abound, Leprous being the backing band he employs to give life to his beautiful and barren soundscapes in the live setting (the band also features his youngest brother-in-law, fact fans) as do comparisons with the off-kilter force of sadly departed esoteric metallers Oceans Of Sadness. Yet that’s not all.

There’s the unhinged madness of Sigh, the introverted progressive might of Into Eternity, a throwback 70’s haze that recalls Opeth’s more self-indulgent moments, a cock-sure strut that can only stem from the over-the-top 80’s output of Queensryche, the meandering and sleep-walking structures of latter-day Cynic, the unashamed, operatic excesses of Muse, the singular power of Enslaved, the madcap mentality of Arcturus… my god, it’s like an unholy amalgamation of everything vibrant and progressive from the last several decades, mixed up and spat out in this narcissistically beautiful, yet vaguely unnerving form. (more after the jump . . .) END_OF_DOCUMENT_TOKEN_TO_BE_REPLACED 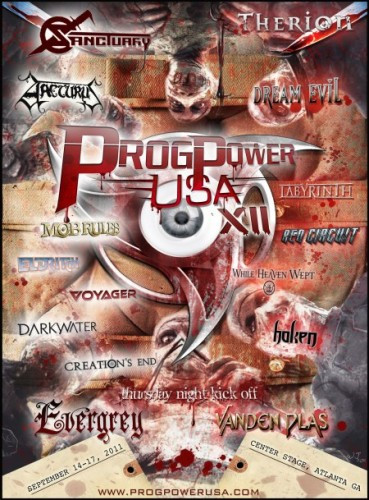 The story about how Ihsahn was added to this festival is also damned funny.  It starts with the bizarre statement by Arcturus (who I’ve never heard of, to be honest) “explaining” the cancelation of their appearance and ends with the promoter’s blunt-but-hilarious comment about Arcturus jumping ship. I think it’s safe to say that in the eyes of most metalheads, he got himself a big upgrade.  Read both statements after the jump. END_OF_DOCUMENT_TOKEN_TO_BE_REPLACED