With that confession, I will say that the first advance track from that new album is… brilliant. The song is “Chase the Grain” and it premiered at Stereogum yesterday. Even before hearing it, I was already in agreement with Stereogum writer Michael Nelson’s pronouncement that Panopticon’s Austin Lunn “is one of the few genuine visionaries in American black metal”. If you need more proof, listen to “Chase the Grain”. END_OF_DOCUMENT_TOKEN_TO_BE_REPLACED

Were you paying attention yesterday? Did you see the post I wrote about the new, free Hells Headbangers compilation? Did you see that it includes a new track by the band Midnight? Well, if you did, you might have guessed what I’m about to confirm: Today, Hells Headbangers announced that Midnight’s new album No Mercy for Mayhem will be released August 19.

I’ve been waiting for this info because the band’s 2011 debut Satanic Royalty was one of my favorite albums of 2011. It sort of came out of nowhere (except for select people in the underground who already knew what was up with Midnight), and made quite a splash. I have little doubt the new album will get 10 times the exposure. There will probably be a full-album stream on NPR. Album teasers will probably be played in movie theaters before shows. Discount coupons in the newspapers.

Okay, probably some of those things won’t happen once the new Midnight promo shot gets into circulation. This is it: END_OF_DOCUMENT_TOKEN_TO_BE_REPLACED 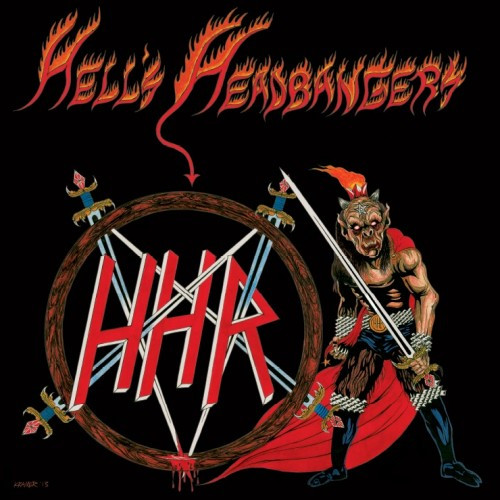 I’ve been blasting this shit this morning, and it’s awful strong. Links are after the jump, along with the new tracks and the complete album stream. END_OF_DOCUMENT_TOKEN_TO_BE_REPLACED 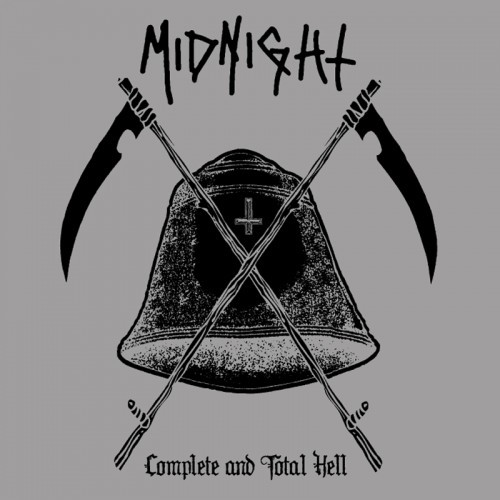 Midnight came seemingly out of nowhere last year with their debut Satanic Royalty. Clocking in at just over thirty minutes, the album roared out of the gates, dazzled with its compelling mix of old-school black metal, D-beat, and classic cock rock, then ended too quickly. I loved it—as did many others, judging by Midnight’s announced slot at Maryland Deathfest—and if I’d heard it before the holiday season, it would most certainly have wormed into my end-of-year lists. I await tis sequel with bated breath.

But Satanic Royalty was hardly Midnight’s first release. The Cleveland three-peice has been releasing music in splits, demos, singles, and EP’s since 2003, and now all of that early material (minus a Quiet Riot cover) is available in one convenient package: Complete and Total Hell. And while it hardly feels like the rock-solid sequel to Satanic Royalty, it serves as a convenient appetizer—the prequel to the sequel, if you’ll pardon my reference.

Complete and Total Hell flows well as an album, even though it is a compilation. “Funeral Bell” opens with some Bathory-style atmosphere, and then the record pumps out track after track of chunky and distorted riffs. The early tracks sound like they were recorded straight to cassette in a basement over a boombox—which they may have been. The raw recording works in their favor since the songs emerge from simple building blocks. As the record progresses you can actually hear more and more money flow into Midnight’s recording—the guitar solos clear up, the bass rumbles deeper, until the music breaks into jangly boogie rock on “Berlin is Burning,” over an hour later. Yes, an hour; where Satanic Royalty was brief, Complete and Total Hell is overlong. END_OF_DOCUMENT_TOKEN_TO_BE_REPLACED