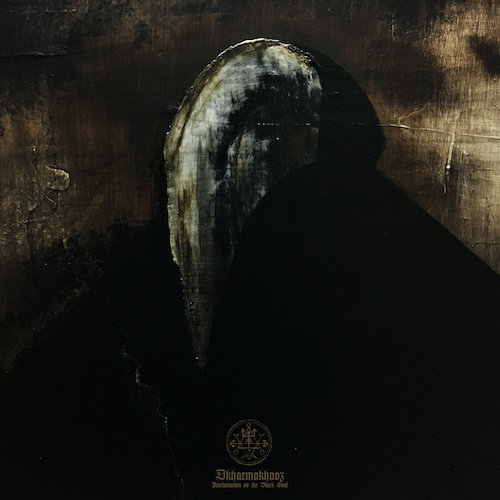 I found out about this first song just this morning, thanks to a timely message from Rennie (starkweather), who wrote: “Guitar tone is almost like early Portal, but, the bass has far more clank and clatter and then there are chord choices that are more informed by conventional black metal and folk melodies… vocalist sounds like a deadite.” Which made me lament the fact that I haven’t been clever enough to compare vocalists to deadites before. END_OF_DOCUMENT_TOKEN_TO_BE_REPLACED

Two days ago, via Loudwire, Misery Index released a lyric video for another new track off their forthcoming album Rituals of Power. As the band explain: “‘The Choir Invisible‘ is a euphemism for the dead, or those who have passed on. In the context of this song, it is an anthem of the dispossessed and the hopeless. Many across the world exist in an ‘in-between’ state that is often ignored and/or washed over because they lack the power and voice to plead their case as human beings. The song takes up this theme and tells it from the somber view of those who risk their lives, board ships and cross oceans in order to find a better life.” END_OF_DOCUMENT_TOKEN_TO_BE_REPLACED 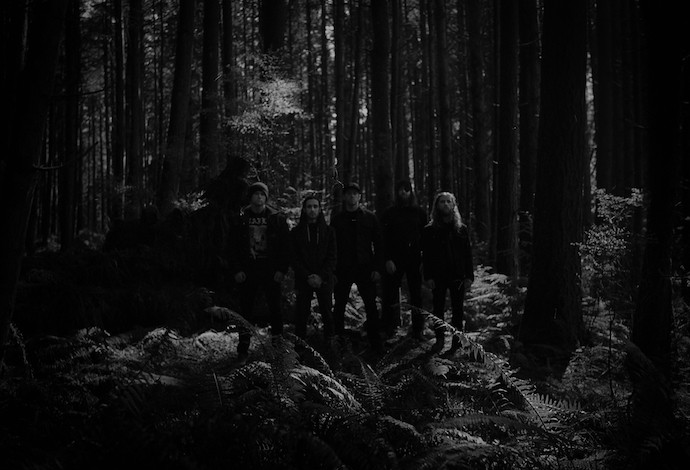 Last fall we had the pleasure of premiering a new EP by the Vancouver band Seer. Entitled Vol. 5, it reflected the continuation of both the lyrical narrative that has run through Seer’s releases to date and the evolution of the band’s sound — which has become increasingly difficult to pin down. Vol. 5 encompasses varied strands of doom, sludge, black metal, and more — and no two of the tracks on the EP are quite alike.

Of the two middle tracks on the EP, which together form the bulk of the run-time, “The Face of the Earth Was Darkened and a Black Rain Began to Fall” is, in the band’s words, “an apocalyptic funeral dirge featuring more twists, turns, and layers than one might expect from sprawling, ‘big riff’ songs of this nature”. “A Primordial Entity Observes from Across the Cosmic Expanse”, on the other hand, “is a more straight-forward rock and roll tune with heavy emphasis on occult-rock guitar leads”, and it features interplay between harsh and clean vocals.

What we have for you today is the debut of an official video for that latter song, one that interweaves scenes of Seer performing live on November 3, 2017, at the Astoria in Vancouver and movie excerpts that suit the music’s occult aura — and are NSFW. END_OF_DOCUMENT_TOKEN_TO_BE_REPLACED 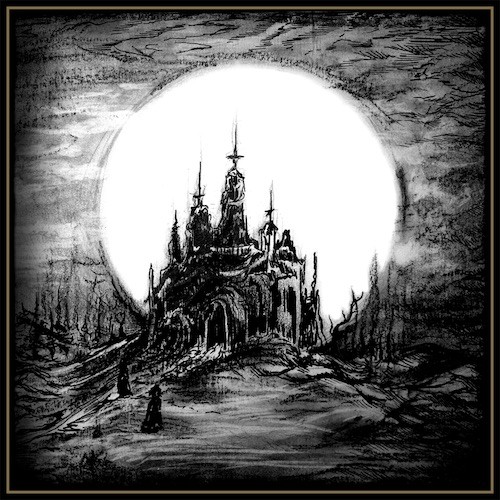 Only three months ago Vancouver-based Seer released their first album, Vol. III & IV: Cult of the Void, from which we premiered two of its tracks. And thus it will undoubtedly come as a surprise to their fans that today, with no advance fanfare, they are releasing a further chapter in their evolving musical narrative, a new EP named Vol. 5. To help spread the word, we present a complete stream of the EP in this post. To introduce the music, we begin with this statement provided on behalf of the band:

“Despite releasing a full length record just this past July, Vol. 5 is the most accurate depiction of Seer as they exist today. The EP showcases Seer’s extreme metal influences more prominently than any other release in their discography. Recorded on the largely undeveloped Gabriola Island by Jordan Koop (Ahna, Wolf Party) and mastered by Arthur Rizk (Inquisition, Power Trip), the process has been the most organic and proved most fruitful of any of Seer’s recording sessions.

“Track 2 and 3 comprise the bulk of the EP, with track 1 and 4 acting as intro and outro respectively. Track 2 is an apocalyptic funeral dirge featuring more twists, turns, and layers than one might expect from sprawling, “big riff” songs of this nature. Track 3 is a more straight forward rock and roll tune with heavy emphasis on occult-rock guitar leads and astute interplay between harsh and clean vocals.” END_OF_DOCUMENT_TOKEN_TO_BE_REPLACED

In 2015, Seer from Vancouver, British Columbia, made their first mark on the musical landscape with an EP entitled Vol. 1 and followed that in 2016 with a second EP, Vol. 2. That same year, Art of Propaganda released a compilation (Vol. 1 & 2) that combined both EPs. And now Art of Propaganda is preparing to release Seer‘s first full-length album, a 45-minute monolith called Vol. III & IV: Cult of the Void.

Earlier this year we introduced a surreal music video for an album track named “They Used Dark Forces“, and today we bring you another track named “Acid Sweat” in advance of the album’s July 7th release date. END_OF_DOCUMENT_TOKEN_TO_BE_REPLACED

In 2015, Seer from Vancouver, British Columbia, made their first mark on the musical landscape with an EP entitled Vol. 1 and followed that in 2016 with a second EP, Vol. 2. That same year, Art of Propaganda released a compilation (Vol. 1 & 2) that combined both EPs. And now Art of Propaganda is preparing to release Seer‘s first full-length album, a 45-minute monolith called Vol. III & IV: Cult of the Void. Today we have for you one of the void-faring offerings from the new album in the form of a surreal music video — “They Used Dark Forces“.

Seer‘s choice of titles for their releases reflects the evolving narrative concept that runs through the lyrics of their material, just as the band’s name meshes with the mystical nature of their music; it calls the mind to venture beyond the bounds of what we can see and touch around us, just as its narrative arc crosses limitless primordial landscapes and moves into celestial realms, while the sanity of its protagonists is tested to the breaking point. END_OF_DOCUMENT_TOKEN_TO_BE_REPLACED 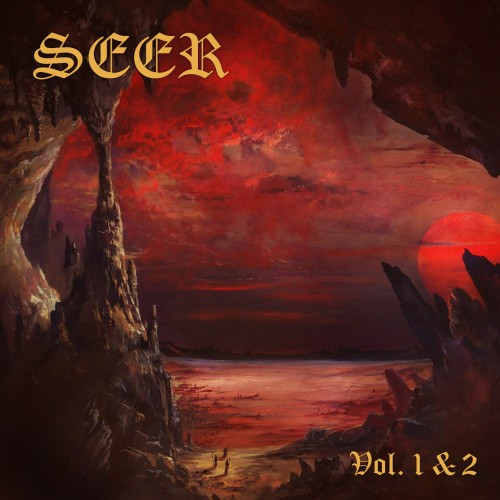 In the spring of this year I came across an extremely impressive debut EP by a band from Vancouver, British Columbia, named Seer. Entitled Vol. 1, it was self-released by the band late last year and consisted of two songs, “Glimmervoid” and “Hive Mind”. By the time I encountered the music (and praised it here), the Art of Propaganda label had announced that it had signed Seer for the release of a full-length debut that would include not only Vol. 1 but also four new songs under the name Vol. 2. Now we know that Art of Propaganda will release Vol. 1 & 2 on January 22, and we’re pleased to bring you the premiere of a song from Vol. 2 named “Antibody“.

I confess that one of the reasons I was first drawn to Seer’s music was the fact that they live in the Pacific Northwest, surrounded by the same combination of mountains, evergreen forests, rivers, lakes, and ocean that surround my own home base of Seattle, albeit about 150 miles further north. Like many bands in this region, the spectacular natural setting has influenced their music — along with an interest in fantasy, sic-fi, and the occult. And so while music  reflects in certain ways the distinctive Cascadian atmosphere of this region, the band’s lyrical focus ventures beyond the bounds of what we see around us. END_OF_DOCUMENT_TOKEN_TO_BE_REPLACED 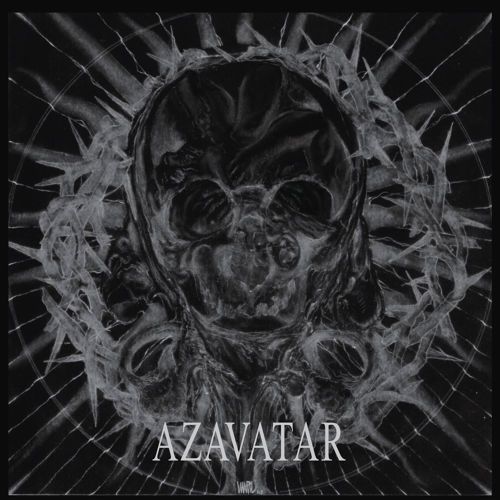 I kind of went crazy with the round-ups yesterday — three posts featuring newly discovered music by ten bands in one day — but I’m continuing to come across metal that gets me excited, so yes… here’s another round-up!  In fact, there are two of them today. After that I’ll probably have to make myself stop, at least briefly, so I can do something else. Maybe write a review of an entire EP or album? Eat something or go to the bathroom? Get a life?

I seem to be on an Art of Propaganda kick. Within the last week I’ve written about songs by two bands whose new releases are on that German label — Whiskey Ritual and Thornesbreed — and that’s on top of praise we showered on releases earlier this year by Infesting Swarm and Gloson. Now I have two more AoP bands to recommend, beginning with AZAVATAR. END_OF_DOCUMENT_TOKEN_TO_BE_REPLACED