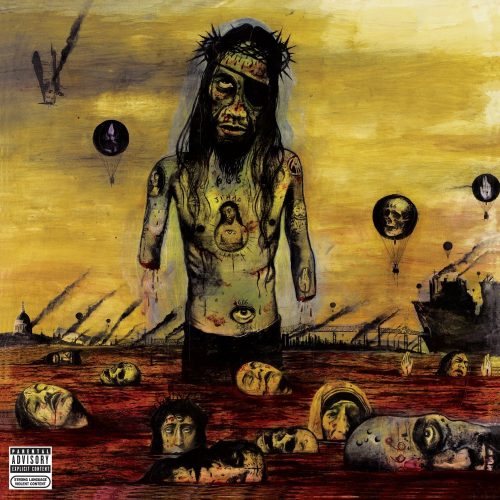 (TheMadIsraeli continues his retrospective chronological analysis of the discography of Slayer, moving into the band’s 2006 album Christ Illusion, which saw the return of Dave Lombardo.)

So after two albums that proved rather controversial, I think a lot of the fans displeased with Diabolus In Musica and God Hates Us All suspected the band would go back to doing the old sound that they were attached to.  But I think those people were in a minority, especially naysayers of God Hates Us All, where we can see in hindsight that quite a big swath of the Slayer fanbase likes the album.  And in any event Christ Illusion was Slayer digging their heels into their new thrash-meets-metallic-hardcore direction with renewed vigor, but with a dialing back of the modernity in favor of something much more ’80s and ’90s slanted.

Christ Illusion is one of my favorite Slayer albums, and I think it’s the last great album the band made. 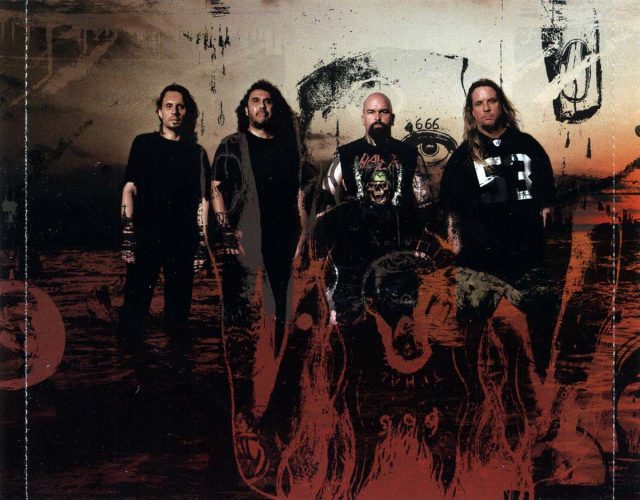 Where Diabolus… and God… found the band leaning VERY hard into modern sounds, Christ Illusion tries to deliberately straddle the line between more old-school sounds and modern ones.  The result is an album that is pretty fun, diversified, and brimming with a lot of passion.  I think it’s obvious Slayer had a lot of fun writing this album and recording it.  The energy is palpable when you listen to it. A lot of this record is kind of a mixture of the more songwriting-focused nature of South Of Heaven and Seasons In The Abyss combined with God Hates Us All”s aggro hardcore-influenced belligerence.

Opener “Flesh Storm” epitomizes what Slayer went for with this album.  It’s got that fast and loose hardcore feel to it but the riffs are definitely more technical and in line with their older material.  The combination is a result that’s pretty intense and electrifying, and follow-on track “Catalyst” only adds to that impression.  Songs like “Cult” and “Black Serenade” really hit that Seasons… era note, especially “Black Serenade” with its snake-charmer dextrous riffing.

The pair of “Skeleton Christ” and “Eyes Of The Insane” are more in that God Hates Us All downtuned groove department and are fucking great.  “Skeleton Christ” has some thrash and speed in it despite its opening groovy foundation, and a classic guitar-acrobatics Slayer bridge, but “Eyes Of The Insane” is just pure human-mulching mid-paced menace.  The more experimental songs (well, experimental for Slayer) such as the proggy “Jihad” or the doomy “Catatonic” are fun, convincingly pulled-off deviations.

I do feel that this is an album where having the bonus track is a must. While “Supremacist” is a great closing song, “Final Six” just kind of surpasses it on every level.  I wish this song were standard on the album.

Overall, Christ Illusion is one of my favorite Slayer albums of all time, a joy to listen to from front to back.  It definitely doesn’t resonate with everybody, but I admire Slayer’s ambition not to cave into fan pressure and try to grasp at nostalgia straws. Unfortunately, the victory of this album was short-lived.