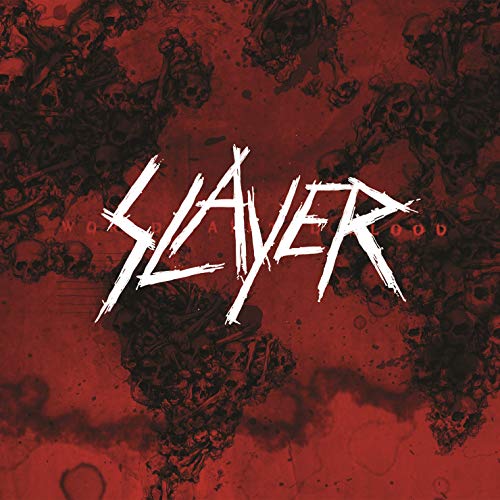 (TheMadIsraeli has reached an ugly point in his chronological series on the discography of Slayer, with the subject now being the band’s 2009 album World Painted Blood. Links to previous installments in the series are at the end of this post.)

World Painted Blood was heavily marketed as a “return to form”, a throwback album to Slayer’s glory days, and the fanbase seemed to eat the PR campaign for this album the fuck up.  Lots of music journos at the time heaped endless praise onto this album. I was excited for this record, because while I had enjoyed Slayer’s more modern direction I had faith the band could reproduce something as good as Reign In Blood or South Of Heaven.  I pre-ordered the album, received my copy, popped it in and began listening.

I wish I could get that money and time back. 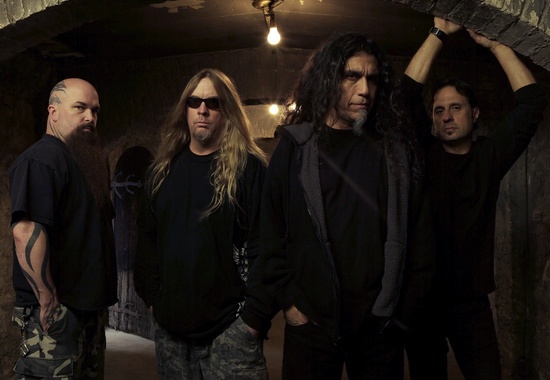 World Painted Blood might very well be the worst Slayer record. Upon further reflection, I actually think this album is so bad it’s obviously the worst.  It hits the worst note of washed-up old men trying to recapture past glories.  The songs are boring, the riffs uninspired, Araya’s vocals are at an all-time strained low, and to top it all off it’s all encased in a carbonite tomb of quite possibly the worst mix on a thrash album I’ve heard that wasn’t Metallica’s St Anger. It’s a weak, ineffectual album that just reeks of insincerity and a desperate misguided attempt to please old school fans who didn’t evolve with the band.

The thing is, what I said there should be about all that needs to be said about this record.  Songs like the title track, “Hate Worldwide”, “Snuff”, and many other songs on the track list are about as inspired as a year-long guitarist’s first thrash song from Ultimate Guitar’s forums back in the day.  Nothing about the riffs on this album feels like the band even likes this music they wrote, which I know is an odd thing to say, but it’s a record so devoid of passion and drive that I really struggle to understand how it was even made.

The album’s horrible production is really brought to the forefront by songs like “Americon” (the only down-tuned song on the album, really highlighting the record’s ATROCIOUS guitar tone). “Unit 731“, a song that is a bit better than the average on this record and was probably written during the Christ Illusion sessions has a fantastic array of riffs ruined by the flaccid drum mix and guitars that sound like they were recorded with fifty-buck practice amps bought at pawn shops.  I seriously can’t think of much good at all to say about this album.  It’s flat-out awful.  I can’t even express my contempt for how awful it is, though I’ve tried.

The only good song on here is “Psycopathy Red”, which is the only one with the sort of riff flavor, bile, and bitterness that makes Slayer Slayer, but it’s also extremely hampered by the AWFUL mix of this record.

Just absolutely atrocious.  I hated having to listen to this shit over again for this project.