This is Part 3 of our continuing list of 2016’s Most Infectious Extreme Metal Songs. To see the first two installments and an explanation of the criteria for making the selections, go here.

Anyone who saw my review of List won’t be surprised to find a song from the album on this list. I came close to embarrassing myself with how effusively I praised it. Hands down, it’s one of my favorite releases in an incredibly strong year for metal. END_OF_DOCUMENT_TOKEN_TO_BE_REPLACED

You see the “Critical Top Ten” is where I try (as best I can) to remove my own personal biases and downplay any favouritism and instead attempt to name the ten albums (unranked) which I feel honestly represent the best of the best from the last year in Metal. END_OF_DOCUMENT_TOKEN_TO_BE_REPLACED 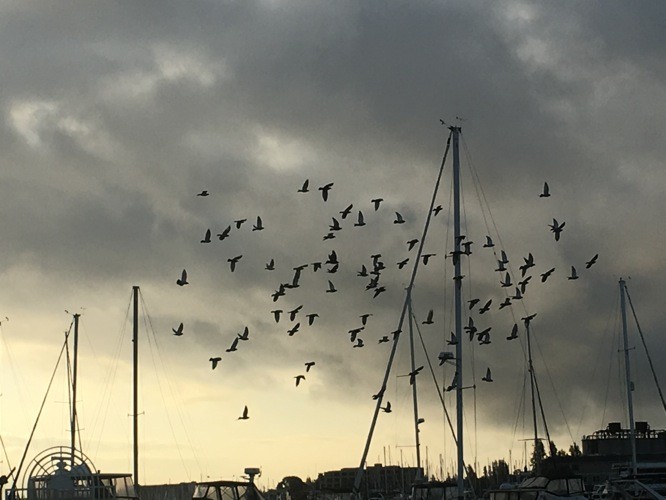 Usually when I go to metal festivals I take lots of photos (and more recently videos) and try to write up reports on the performances for the site. This time, before leaving for Oakland, I decided not to do that. I decided I would just devote myself to watching the sets and talking with people and not worry about “work” for NCS. So far I’ve mostly kept to that resolution — but not entirely. END_OF_DOCUMENT_TOKEN_TO_BE_REPLACED

When I say that Ode to the Flame, the second album by German blackened sludgemeisters Mantar, is one badass motherfucker, you’d best believe that I mean it.

Fuelled by rage and empowered by the divine spirit of “the riff”, practically every aspect of it – from its punishing, stone-cold grooves, snarling, punked-up hooks, and monstrously heavy guitar sound – is a huge step up from the band’s debut, with Messrs. Hanno (vocals/guitars) and Erinc (drums/vocals) upping their game on pretty much every level.

Bristling with barely restrained aggression, and gifted with a brash, belligerent swagger and a malicious streak a mile wide, it’s also the first album in a long, long time, to fill that twisted, Nachtmystium-shaped hole in my heart, though its tar-soaked and sludge-encrusted underbelly and downright surly demeanour mean that the final product offers up a much different experience than Judd and co’s self-loathing anthems. END_OF_DOCUMENT_TOKEN_TO_BE_REPLACED

On May 1, Xtreem Music will release the new album by Sweden’s Ashcloud. The album’s title tells you a lot of what you need to know about the music: Children of the Chainsaw. Here’s the title track — smoking, tree-felling, crusty Swedish death metal that’s awfully damned sweet. END_OF_DOCUMENT_TOKEN_TO_BE_REPLACED

As I’ve previously written, Mantar’s new album Ode To the Flame is one of my most eagerly anticipated releases of 2016, both because I thoroughly enjoyed their debut album Death By Burning and because I was so blown away by their live performance at last year’s Maryland Deathfest. A few days ago we got our first full glimpse of the new album via the premiere of a song called “Era Borealis“. END_OF_DOCUMENT_TOKEN_TO_BE_REPLACED

Those who set their clocks by the appearance of our first morning posts are going to be late all day today, because we’re getting a late start on this Thursday. In fact, I’m still not finished with what I had planned for our first post. But to tide us over until I’m finished, I have something else of great interest to share:

The German band Mantar have completed a new album named Ode To the Flame that will be released by their new label Nuclear Blast on April 15. As you can see, they decided to go in a very simple direction with the cover art, especially by comparison with the eye-catching and indelibly memorable cover art for their debut album Death By Burning. They do have an explanation for that: END_OF_DOCUMENT_TOKEN_TO_BE_REPLACED 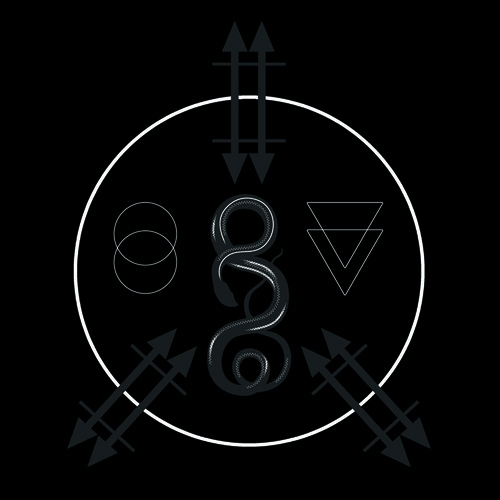 Today we bring you Part 5 of our list of 2014′s Most Infectious Extreme Metal Songs. For more details about what this list is all about and how it was compiled, read the introductory post via this link. For the other songs we’ve previously named to the list, go here.

Up to now, every song on the list has come from an album that we reviewed at this site. Today’s entries come from two albums we failed to review, though they are both excellent. However, we did write about individual songs from both albums, so we’re not complete failures. And I thought both songs would make for a nice pairing because of certain stylistic similarities in the music — but you be the judge of that.

Wolvhammer is one of those few bands who made a striking start with their debut album (The Obsidian Plains) and then just continued to make strong and steady progress with each successive release. Their third album, 2014’s Clawing Into Black Sun, is not only their high-water mark, it was also one of my favorite albums of this year. END_OF_DOCUMENT_TOKEN_TO_BE_REPLACED

Men at work, wolves at work, strobes in the studio, shadows in the forest (and something else in the forest), amps and pines. The squeal of feedback, the squall of a fuzz-bombed guitar, riffs that open wounds, vocals that cauterize them, drum strikes that will bring you to your knees. Stripped-down and flesh-stripping, obliterating and head-nodding. END_OF_DOCUMENT_TOKEN_TO_BE_REPLACED

Interestingly, the only instruments used on the album are guitar and drums (no bass), but “Spit” is still plenty heavy. Comparisons have been drawn to the likes of Melvins, Motorhead, and Darkthrone. “Spit” is a black, hammering rocker with a boatload of fat, distorted riffs and a drum attack that seems bent on dismantling skulls. It’s catchy as fuck, and Mantar’s vocalist has the kind of raw, scarring tone that leaves faces in shreds. Excellent nastiness. END_OF_DOCUMENT_TOKEN_TO_BE_REPLACED