We’ve reviewed Be’lakor’s Vessels already, and I share Andy’s opinion that Vessels is a really good album, but recent weeks have brought even more news — though I can now keep this a little more truncated. One is that the band premiered a lyric video for the song “Smoke Of Many Fires” over at Horror Society, and two, if you prefer your music streams less lyric-video-heavy, Bloody-Disgusting grabbed a whole album stream here. END_OF_DOCUMENT_TOKEN_TO_BE_REPLACED

I’ve got a few shorter releases to share with you today. I’m calling it an EP special, but for good measure, I’m tossing in a split and a graphic novel(!) too. I’ve also shortened down my ramblings to leave you sore-eared rather than sore-eyed. Enjoy. END_OF_DOCUMENT_TOKEN_TO_BE_REPLACED 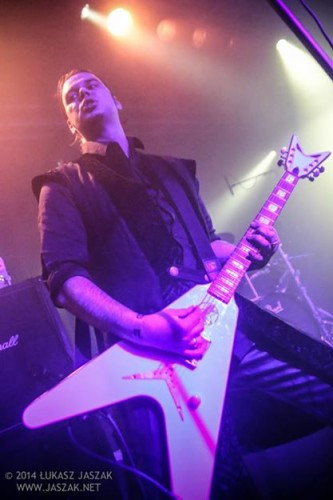 (Comrade Aleks interviews Markus Stock of the German band The Vision Bleak, among others.)

If you like really dark and mystic metal, then you should certainly know the German project The Vision Bleak, a duo of Markus Stock and Allen B. Konstantz. They boldly explore a world of myths and horrors, writing album after album; the fifth full-length record Witching Hour was released in 2013, and I felt a need to know if the band had plans for something new for us.

Markus is also a mastermind of the forest-influenced band Empyrium, and an honorable member of post-black-metal project Eudaimony; it was obvious that he had a lot of things he could tell us about. END_OF_DOCUMENT_TOKEN_TO_BE_REPLACED