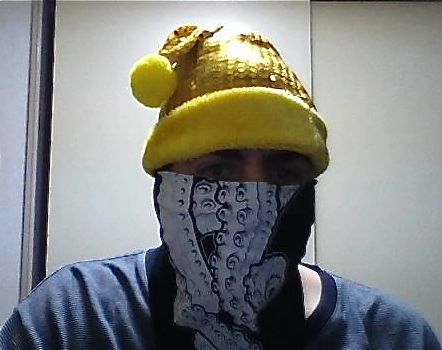 (The title of Phro’s year-end list was “A Bunch of Shit Phro Liked from 2012″, but your humble editor couldn’t figure out how to make a strike-through work in the WordPress post title box. So just imagine that it’s there.)

Oh, man, I can’t believe how quickly the first decade of the 21st millennium has gone! And just think, the world will only exist for another two years and then BLAMO! Mayan zombie pandas with laser claws and giant fire-ball shooting testicles will take over the world and sell us all to bug-eyed aliens for a few pounds of bamboo and a rocket ship. So, I guess what I’m saying is, make the next two years cou–

Wait, what? It’s 2012? Did…did I just miss the last two years? Oh, fuck, hold on, lemme do some quick research and get back to you with all the awesome stuff that happened this year. Ummm…here, watch this cow and I’ll be right back.

So, let me brutally honest, since that’s what Islander told me I had to be. (I usually prefer cloying honesty from behind a few drapes of deception and misdirection, but whatever, he’s the boss.) I simply haven’t gotten to listen to all that much new music this year.

I’ve been busy, goddamnit! So, this list won’t be nearly as great as what I’m sure the other writers will produce. Because they’re assholes. (They’re really not assholes, but we gotta keep them on their toes, you know? Keep their robot-ninja skills sharp. Please don’t kill me in my sleep, guys.)

Anyway, here’s my list of new metal that I liked enough to think that you needed to know about it. (This is not a ranked list, so much as how they came to mind.) 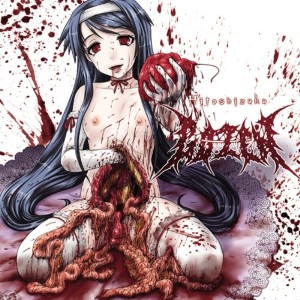 I have to start with Go-Zen’s Hitoshizuku. These guys simply make crazy grind that grinds like grinding grinders grinding through the ground. The album was appropriately short (about 30 minutes) and absolutely brutal. Everything just worked for me—the balls were licked, the shaft was stroked, the chode was tickled, and the nipples were tweaked. It gives me a full-on cock-ring-enabled splooge. All over your father’s face.

The next choice is, obviously, Aborted’s Global Flateline. Aborted has been one of my favorite death metal bands for almost as long as I’ve been listening to death metal. Getting to review this album and send Sven de Caluwé questions was one of my highlights of the year. The album is just…it’s like the first time a new person let’s you have sex with them. It’s just so fucking exciting.

And this album is not just some new lay—it’s like that one time you met someone at a party when you were both kinda drunk and you’d had a long day and you just needed to fuck something and the other person was just all like, “hey, here’s my genitals, go to town, buddy.” And then the next morning you realize that not only did you fuck on top of your best friend’s now traumatized dog, but the other person is damn hot. So, yeah, that’s Global Flatline. Also, lots of screaming. Which may be like your crazy on-top-of-a-dog sex if you happened to spill some hot sauce on your fuckmeats.

And then Anaal Nathrakh had a new album this year. They had a new album last year as well. The new one this year is called Vanitas. I’m almost 99% sure that the album crawled under my scalp and laid demon spider monster eggs  when I was sleeping. The only reason I’m not completely sure is because they haven’t hatched yet.

Anyway, there is a brutality that Anaal Nathrakh embody that I can’t imagine any other band pulling off. Their releases always seem to effortlessly and beautifully flow back and forth between completely unrestrained fury and calculated aural poetry. Listening to this album is as close to having rabies as you can get without needing shots. 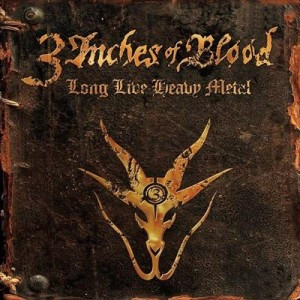 The next really big release for me was 3 Inches of Blood’s Long Live Heavy Metal. Okay, it’s not got quite the normal allotment of screaming that we’re used to around these parts, but I listened to this album practically on repeat for a few weeks. I really enjoyed Advance and Vanquish and Fire Up the Blades, but I gave their last album a pass after Jamie Hooper quit. I heard a few songs off of it, but it just didn’t grab me.

Long Live Heavy Metal grabbed me by the crotch, shotgunned a few cases of cheap beer down my throat, and smacked my ass so hard it probably violated the Geneva Convention. Also, “Leather Lord” has to be the best Halford performance by someone who’s not Halford. (Painkiller was one of my first metal albums, though I don’t think I’ve listened to it for years.) 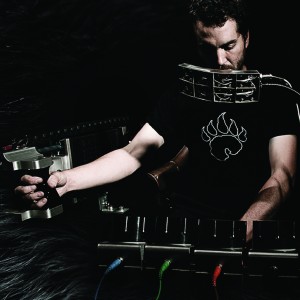 Now, to go another direction, Author & Punisher’s Ursus Americanus. I actually reviewed this album at Metal Bandcamp (a million apologies for not sending you more Max!), and I still think it’s a brilliant album. I love the sounds that are being produced…it’s like the brain death of an artificially intelligent drone, wandering alone through the plains of some distant desert planet. 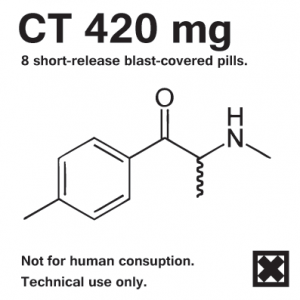 Oh, look what’s next! Chemical Tomb!!!! So far, I believe they’ve only release an S/T and a slightly longer promo, but both of those releases were brilliant. This is the music you would probably listen to to get yourself psyched up for a fully-nude sexpunk cage match. It’s like being attacked by angry, serrated metal tentacles and getting fucked up the shithole with nunchucks by a drunk ex-girlfriend. (Or ex-boyfriend.) There are pieces of spleen, lung, and brain matter littered about my room whenever I get done listening to these guys. 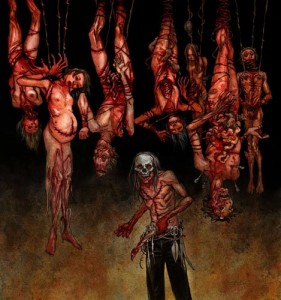 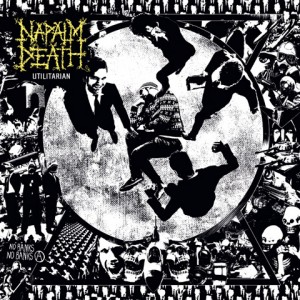 Speaking of legendary bands, I can’t go without mentioning Napalm Death’s Utilitarian, which was like trying to mug some old guy with a pocket knife only to find out that he’s a Navy SEAL who’s in the mood to beat the shit out of someone with a saxophone. Or, to be more accurate, a furious Barney Greenway who simply does not give a fuck. Napalm Death is older than I am by two years. Even if the band has no original member, the name “Napalm Death” has more history and pure, unadulterated fury than the harpies of Hades, and the current iteration of the band lives up to their name. 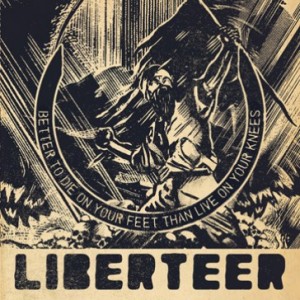 The next album was one I was kind of late to hearing: Liberteer‘s Better To Die On Your Feet Than Live On Your Knees. To be, again, brutally honest, I’ve only been able to give this album a few listens since I’ve gotten it. But every time I hear it, something truly amazing happens. It fucking surprises me. And not like reaching into Islander’s lap for a handful of cock and coming up with nothing but disappointment and popcorn.

I mean this guy is sliding almost operatic melodies into his compositions like glass shards glued to a Thai boxer’s rigid rope gloves. (Yes, like that scene from Ong-Bak.) Don’t get me wrong, the music is still the aural equivalent of a wolverine latching onto your groin and gnawing to the bone, but there’s a certain beauty to be glimpsed between the howls of pure anguish. I particularly love that happy little diddy in “Usurious Epitaph.” 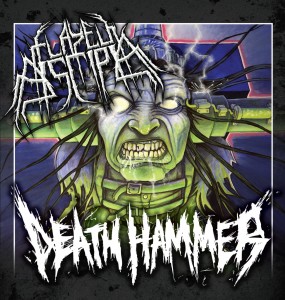 Flayed Disciple released their debut album this year, Death Hammer, and I was lucky enough to get to review it. It’s a solid goddamn album, not “for a debut” but just a solid goddamn album. Their brand of death-thrash really throws its talons into you and carries you off to be devoured by giant eagles. Ummm…you should probably just read the review… 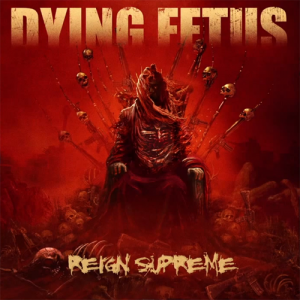 I’m gonna finish off the metal portion of this list with Dying Fetus’s Reign Supreme. This album is best described as “unrelenting.” It’s like fucking for two days, when your genitals are all raw and bloody, but you just can’t stop, because, goddamnit, December 21st, 2012 is only a few days away and even though you don’t believe any of that Mayan horseshit, you gotta be ready to go out fucking. JUST IN CASE. Also, the drums sound like a woodpecker on speed and hungry for human brain pounding into your skull.

Now, as Andy pointed out, it’s kinda stupid for metal reviewers/bloggers/folks to have year-end metal lists and include nonmetal music, and I agree with him. But there a few nonmetal albums which I really wanted to share with you guys, so that’s why I’m separating out the nonmetal music!

So, here are three nonmetal albums that I really enjoyed and thought that maybe some of you fine folks would be interested in hearing about. If not, just, you know, skip to the comments and tell me how much you want to kiss the sweaty spot between my nutsack and my penis. 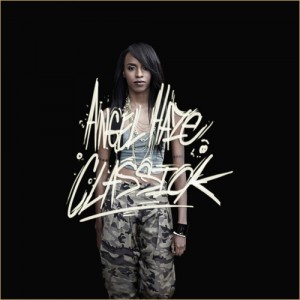 Angel Haze has released a few mixtapes and a proper EP this year, all of which have been amazing, but the one I want to focus on for just a moment is Classick. This woman can fucking rap, and she does it honestly. Way more brutally honest than I could probably ever muster. Her “version” of Eminem’s “Cleaning Out My Closet” is a horrifying glimpse into the life of a woman who’s been viciously sexually abused since she was a child. That’s not…look, there’s no easy way to listen to the song. It’s not a “fun” song. It’s not even an enjoyable song. But it’s an honest statement delivered by someone whose talent is seemingly without bounds. If you like rap/hip-hop, keep your eye on this woman. 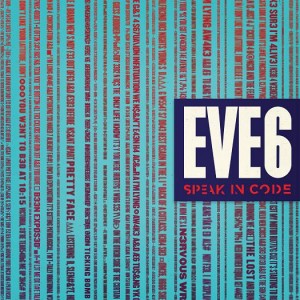 Eve 6 was one of my favorite bands in high school. If you were in school in the late 90s/early 2000s, you probably know about them. (“I would swallow my pride/I would choke on the rinds/But the lack there of would leave me empty inside…”) I was pretty bummed about their break-up however many years ago, but somewhat skeptical of their reunion. Speak in Code is their new album and, honestly, while it does reflect the band members’ older age, it’s still a great come-back album. *IF* you like that kind of thing. 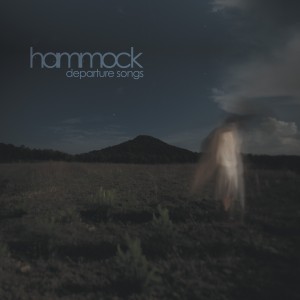 Finally, this oddly named band Hammock is basically shoegazer. I think. I’m not really sure if shoegazer is still shoegazer once it’s been recorded, but maybe that’s just because I’ve only ever heard shoegazer bands live. (Man, I tortured that sentence like it was in Gitmo. NO! YOU CAN’T PUT YOUR CLOTHES BACK ON, MR. SENTENCE!) Well, whatever genre they are in, they released a double album this year called Departure Songs. It’s lovely, haunting, ethereal, and absolutely gorgeous. Their music videos perfectly match the music, too.

I’m sure there was a ton of great music that I missed. And there’s other stuff I want to talk about, but it’s now fucking late and I have to get up fucking early and I am fucking tired.