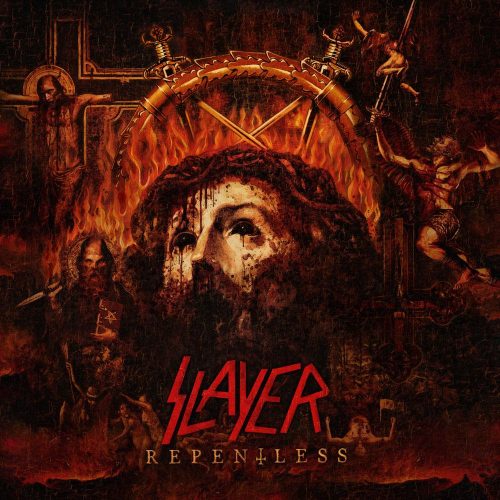 (In the penultimate installment of a series devoted to a retrospective chronological analysis of the discography of Slayer, today TheMadIsraeli addresses the band’s last album, 2015’s Repentless. Links to all preceding segments of the series are at the end of the writing.)

After the absolute disappointment of World Painted Blood, Slayer would undergo a massive tectonic shift upon the death of founding member, guitarist, and key song-writer Jeff Hanneman.

This was a tragedy to be sure. Hanneman was responsible for many of the band’s best songs and he was a half ‘n’ half of a song-writing duo with Kerry King.  There were obviously concerns among fans that any future material would be heavily impacted by his absence. A lot of people at the time claimed Slayer should just hang it up, with a solid enough catalogue to go out on, and despite my feelings on World Painted Blood I agreed at the time.

I think on some level though, they knew World Painted Blood was a bad move, because the band’s final album Repentless may be unapologetic in its core message as a record, but it is definite repentance for the album that came before it. 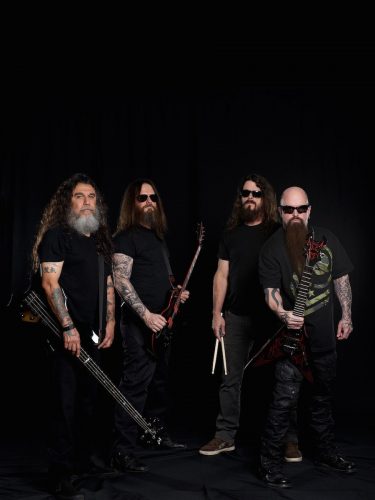 Slayer had been writing Repentless since almost immediately after World Painted Blood, so while Hanneman died in 2013, a lot of what’s on this record are his final musical etchings into reality before his passing.

Repentless is a return to what had been the new modern Slayer sound of Diabolus in Musica, God Hates Us All, and Christ Illusion, and while it doesn’t quite hit the superb aggro overload of God… or the interesting modern-meets-throwback nature of Christ Illusion, it’s a pretty good final defiant statement from a band who at the end of it all, were proud of the evolution they had made.

This album embraces lower tuned guitars more than any modern Slayer record before it, most of the songs in Drop B, and really utilizing that to its maximum effect to produce monolithic overpowering grooves, and to bludgeon listeners to death with the thrash meets New York Hardcore blend they’d been doing since God Hates Us All.

Songs like the intro+the title track, “Take Control”, “Implode”, and “Piano Wire” are as belligerent as anything by this version of Slayer, deploying riffs with attitude. Swagger and viciousness are the name of the game, and Araya sounds great and invigorated here.  The titanic grooves are still in place as well, with fantastic songs like “Vices”, “Chasing Death”, “Cast The First Stone”, and probably most of all the great “When The Stillness Comes”.  The latter is a dark, atmospheric, doomy song until some very South Of Heaven sinister riffage kicks in and really drives this song home.

While I don’t know if the band knew this would be their final record for sure or not at the time, I think it’s a good note to go out on.  It’s not their peak, but it showed that they could still produce quality material while still embracing the modernity they’d come to love in recent years.

As I am writing this, we are only a couple of months from what will be the final show Slayer will ever play, and that will be that.  Repentless is not a definitive album, but it’s a defiant album that saw the band go out how they wanted to, in a way that embraced their evolution.  I personally think that’s pretty sick.

I have one more concluding post in this series, to take stock of where we’ve been, and to provide some overall rankings. Look for that tomorrow.