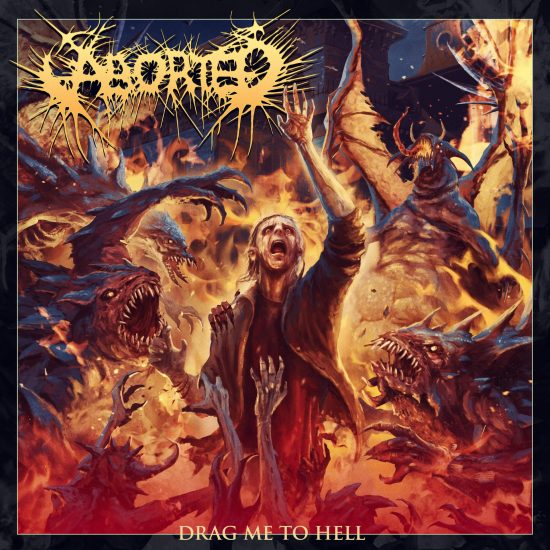 A creepy, horror-drenched intro opens the book on a jolting and blazing calamity that soon goes berserk… despite its title, the song doesn’t really drag you to hell, it fires you into hell with a howitzer… and all the devils are there, ready to rip and ruin… but also to reveal the sweeping, bombastic glory of their awful domain…. END_OF_DOCUMENT_TOKEN_TO_BE_REPLACED 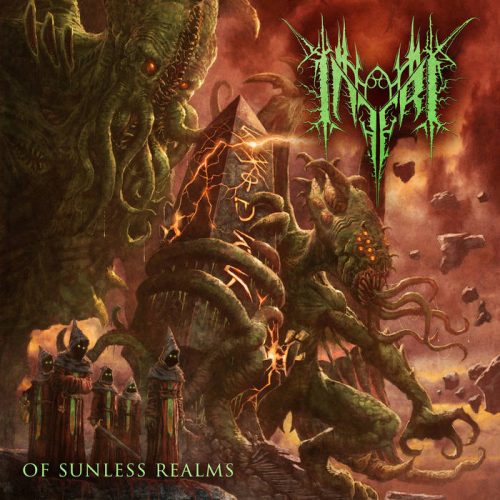 Of Sunless Realms is the newest EP from the band, weighing in at a compact – for them – twenty-two minutes and five songs. Every previous time when covering a band of their ilk – including those their current label The Artisan Era likes to traffic in – it has always felt justified to warn people to gird themselves a bit for a massive journey ahead, simply because such bands really, really like to pack as much as they possibly can into every song. Surprisingly, Of Sunless Realms works in their favor simply because of its compact length – about as no bullshit as Inferi can get – with five songs that provide a tantalizing snapshot of where the band are now. END_OF_DOCUMENT_TOKEN_TO_BE_REPLACED 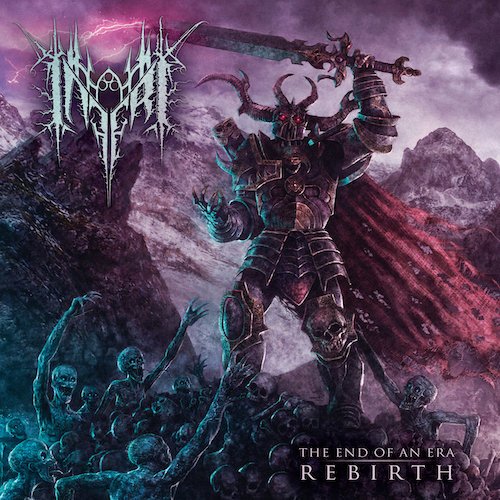 During 2018, in addition to releasing their latest album, Revenant, and engaging in extensive tours, Inferi also found time to re-record The End of an Era. It thus features not only new performances by the band’s current line-up (which is significantly different from the one that recorded the original album), captured with more robust production techniques, but also presents changes in the bass-guitar and drum contributions to the music. And on top of all that, the revised album includes eye-catching new cover art by Helge C. Balzer.

One track from Rebirth has already surfaced, and today, in advance of the album’s April 12 release by The Artisan Era, we present another one through a lyric video (which is itself loaded with wonderful artwork): “Quest For the Trinity“. END_OF_DOCUMENT_TOKEN_TO_BE_REPLACED

As a result, 2018 proved to be an absolutely massive year. In some ways I think people’s year-end lists are reflecting just how vibrant the year was for our specific subsection of the musical sphere. While people lament that rock ‘n’ roll is dying or has become lame, heavy metal seems perfectly content to just be the constantly angry and forever roiling collective of music — as if it has found a sort of equilibrium in comparison to the mainstream world outside. Which is how you wind up with stupid shit like this, where I once again have FIFTY (warning ahead of time: if you think this introduction is getting verbose, do I have a surprise for you) albums to talk about in wrapping up this tire fire of a year. END_OF_DOCUMENT_TOKEN_TO_BE_REPLACED

First, within the last hour or so, Behemoth announced a North American tour (Ecclesia Diabolica America 2018) with support from At the Gates and Wolves in the Throne Room. It begins on October 20th in Phoenix and ends on November 24th in Los Angeles, and includes stops in Montreal, Toronto, Calgary, and Edmonton, as well as 18 U.S. States. Here’s the current schedule: END_OF_DOCUMENT_TOKEN_TO_BE_REPLACED 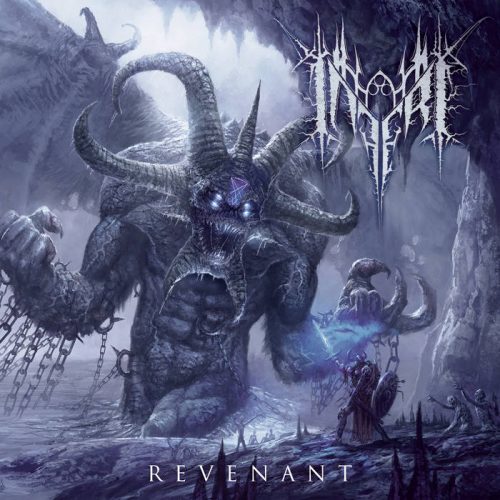 Right now, the hyperspeed tech-death, melodic-death, black-death, everything-kitchen-sink-and-broken-down-freezer-in-the-backyard metal crew of Inferi are out on the road, touring with Aethere, Alterbeast, and Grindmother as part of Alterbeast’s Feast album release tour. It’s been four years since the group’s last incredibly packed album The Path Of Apotheosis, but those moments of silence shall soon wane as the group have an upcoming April 21st release in the form of Revenant. END_OF_DOCUMENT_TOKEN_TO_BE_REPLACED 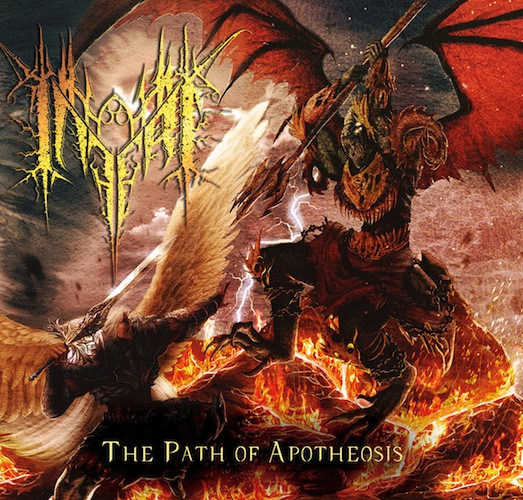 (In this post NCS writer DGR reviews the new album by Inferi.)

Inferi are a band who I’ve had every intention of talking about for a very, very long time but never had the perfect moment to do so. The Nashville, Tennessee based group play a style of metal that can rotate between technical death metal, melodic death, and epic-fueled thrash metal at the drop of a hat. They have always seemed to be defined by two things for me: The sort of insane ambition of a band who cut absolutely no corners and make absolutely no compromises; and the sort of high-speed energy equivalent of a spark landing on a trail of gunpowder, rapidly accelerating and heating into a massive explosion.

The group have been fighting it out as something of a working band’s band for the better part of seven years, and as of late January they have finally put out another disc — five years after their last one — entitled The Path Of Apotheosis. It was a long time coming, and so massive in scope and scale that it is hard to believe it came from a group scratching it out day-by-day in the underground. There is a reason why it has taken me longer than two weeks to review this album, because holy hell, is this thing a packed disc. I can say right away that if you’re a bang-for-your-buck person, you can probably understand my yammering, because wow, is there a lot here.

Yet, with five years and finally some momentum behind them, do Inferi get to take advantage of their moment in history? Does the massive wall of sound and scale that the band put forward actually become anything other than grandeur for grandeur’s sake? END_OF_DOCUMENT_TOKEN_TO_BE_REPLACED

And the song itself is a blast furnace of brutal death metal, with bone-cracking/gut-slicing riffs, high-velocity percussion, and a high-low tandem of guttural roars and hair-on-fire shrieks. The phrase “takes no prisoners” comes to mind. END_OF_DOCUMENT_TOKEN_TO_BE_REPLACED